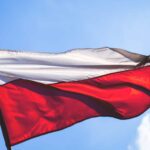 Protesters chanted “No to Polexit” at pro-EU rallies in Warsaw and across Poland over the weekend after the country’s highest court ruled that domestic law takes supremacy over the European Union treaties.

The ruling is seen as an attempt by Poland’s populist Law and Justice party (PiS) – which Brussels has accused of attacking democratic checks and balances – to exert more control over the country’s legislation, or even a step towards leaving the European Union. Meanwhile the EU has still to authorise payment of Poland’s EUR 23 billion in grants and EUR 34 billion in loans, as part of its Covid-related Recovery and Resistance Facility economic recovery programme.