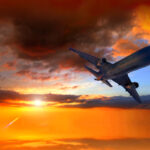 Wizz Air will serve 31% more passengers than Ryanair in Central and Eastern Europe (CEE) and the Caucuses this winter, according a new report that cites Official Aviation Guide (OAG) data.

While the Hungary-headquartered airline runs 651 routes to, from and in CEE, this figure is 514 for Ryanair. That means Wizz has a 24% larger capacity than Ireland’s Ryanair this winter, a significant shift from winter 2013, when the disparity was just 1%.

The region is a much smaller proportion of overall business for the Irish airline, however, with Ryanair passenger seats representing 22% of its services, compared to Wizz’s 76%.

With 5.7mn roundtrip seats to 12 airports, Poland is easily Ryanair’s number one destination, comprising 43% of its overall business. Romania is the top destination for Wizz Air, where it oustrips Ryanair four-fold.

Wizz Air operates flights to and from 54 airports in 19 countries, with Bucharest, Romania its top destination. Meanwhile Ryanair flies in and out of 39 airports in 13 countries, and is busiest in Krakow, Poland.

The country where the airlines are most evenly matched is Hungary, where Ryanair will have 11% fewer passenger seats this winter.

Ryanair has a minimal Serbian presence, a market it entered in 2016 and currently only serves Nis, south Serbia. Wizz is least present in Estonia of their 12 shared countries. The Hungarian airline launched Tallinn services in 2018 and is operating five routes to the Estonian capital this winter.

Ryanair has discontinued services to Slovenia, where it served Maribor from 2007-08, Georgia (Kutaisi and Tbilisi from 2019-20), and Armenia (Yerevan and Gyumri in 2020).