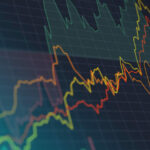 The loan-book performance of banks in Central and Eastern Europe (CEE) is set to worsen as interest rate hikes take their toll on the loan repayment capacity of borrowers, according to a report released by Moody’s on Thursday.

The credit rating agency notes that although CEE region’s inflation has recently been higher than the EU average, until 2021 this was largely within the central banks’ target ranges of 2%-4% in Hungary, 1.5%-3.5% in Poland and Romania, and 2% in Czechia.

Nevertheless Moody’s expects CEE economies to continue to grow significantly this year, barring a full-scale cut-off in the supply of Russian gas. According to the credit agency, “growth will significantly reduce in 2023 but unemployment should stay low.

To combat “galloping inflation”, CEE central banks began tightening monetary policy in June 2021, according to the report, resulting in policy interest rates reaching levels not seen in the last decade.

Moody’s underlines that “we expect inflation in the CEE countries to remain among the highest in the European Union (EU) in 2023 and well above central bank targets for some time.”

Polish and Hungarian banks have a larger share of floating-rate loans than their CEE peers, Moody’s notes, surmising that “rising loan-loss provisioning costs and problem loans will therefore hit them hardest”.

Meanwhile government actions have hit profits: Hungarian banks are now obliged to pay a windfall tax on profits. In Poland, banks must bear the cost of an eight-month moratorium on mortgage repayments, and also may face a windfall tax.

Moody says variable-rate loans extended at ultra-low interest rates since 2020 will be at particular risk.

Moody’s adds that CEE central banks were among the first in the world to tighten monetary policy in a bid to tackle soaring inflation, recalling that the Hungarian central bank has increased interest rates by 12 percentage points (pps) since June 2021, while its Czech counterpart has hiked rates by almost 7 pps and the Polish central bank by more than 6 pps. According to the credit agency, “further increases may be on the cards, particularly in Romania”.

The most immediate positive impact on rising interest rates – widening the net interest margins of banks – are in Czechia and Poland, Moody’s writes, although Romanian, Slovak and Slovenian banks are also raising yields on loan offerings “in line with forward interest-rate curves”.

Interest rates have risen most sharply in Hungary, meaning the benefit to the banks’ loan yields will be held back by a large share of fixed-rate loans and banks’ heavy investments in longer maturity fixed-rate government bonds. Moodys analysts noted that these “will take time to roll over at higher rates”.

Moody’s notes that private-sector debt in CEE is lower than in Western Europe, and meanwhile, loan conditions are strict. New mortgage loans granted at ultra-low interest rates in 2020-21 will represent a weak point, the credit agency adds, although high loan-loss reserves “provide a buffer”.