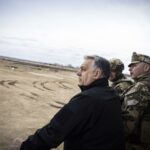 Hungarian Prime Minister Viktor Orban announced that banks, insurance companies, retail chains, energy firms, telcos and airlines in Hungary will have to pay a large proportion of what he called their “surplus profits” into two state funds in 2022 and 2023, on Wednesday. The money will be used to subsidise domestic fuel bills and develop Hungary’s military, Orban said.

With the aim of bringing in HUF 800bn (EUR 2bn) overall, the Hungarian government will tax the banking sector HUF 300bn, and take HUF 50bn from insurance sector profits. Meanwhile HUF 60bn will be levied on retail, aviation and telecommunications companies, HUF 20bn on pharma, and HUF 15bn on the advertising sector.

“We are in extraordinary times… which call for extraordinary measures”, Hungarian Economic Development Minister Marton Nagy said, before he announced on Thursday that the windfall taxes will target companies that have “unduly benefitted” from the pandemic and the Ukraine war. The spending cuts will be done while maintaining subsidised energy, he added.

Nagy said the taxes will be accompanied by spending cuts to achieve the government’s deficit-to-GDP ratio target (of 4.9% for 2022 and 3.5% for 2023) by slashing ministry budgets, public investment and market investments. Spending cuts will make up 60% of the overall package and higher revenues 40%, he added.

Nagy said banks have accumulated HUF 13tn liquidity and the insurance sector has made excessive profits because Coronavirus and the Ukraine war have “increased the need for self-reliance”.

The government will collect 45% of the banking sector’s domestic profit for last year and 30% of its total consolidated profit, according to the Hungarian business website Portfolio. Noting that the current bank tax is levied on results of two years earlier, Portfolio estimates that OTP will pay HUF 86bn on its 2020 revenues of 489.7bn. OTP’s share value dropped 8.2% on Thursday.

Meanwhile Nagy said the energy sector has made “surplus profits” by extracting and refining fossil fuels, while the retail sector has benefitted from the crisis as its turnover rose 16% up to March 2022. The share price of Hungary’s biggest energy company MOL fell 9.1% on Thursday.

According to Nagy, the telecoms sector has also done well from crises, while pharmaceutical distributors made “excessive” profits from the pandemic. Hungarian Telco MTelekom’s stock price fell 4.4% on Thursday, and 4iG’s by 3.8%. The tax on advertising is in connection with increased TV viewing, Nagy argued.

Although Nagy admitted that airlines have not fared well in recent years, he said the government expects passenger numbers to return to 2019 levels. The levy will take the form of a EUR 10-15 tax per passenger, website 444 wrote.

Former central bank governor Peter Akos Bod said the special taxes would probably push up costs, which will then be passed on to consumers. Energy prices are not expected to return to anywhere close to 2014 levels and these special taxes will likely accelerate the current inflation, he told Magyar Hang.

There is no sense in keeping utility prices at 2014 levels, because the world has changed since then, added Bod, who served as the government’s chief economic advisor during the first Orban cabinet of 1998-2002.

Meanwhile the government announced that only cars with Hungarian licence plates will be permitted to buy fuel at the state-subsidised price of HUF 480 per litre as of Friday, 27 May. For motorists with foreign licence plates, the per litre price will be HUF 661 for 95 Unleaded, and Ft 679 for diesel, according to consumer advice site holtankoljak.hu.