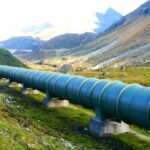 Household electricity prices rose year-on-year in the first half of 2022, from EUR 22 per to EUR 25.30 per 100 kWh on average, according to the latest report by Eurostat.

The Russian military aggression in Ukraine impacted energy and supply costs and mainly drove the increase, according to Eurostat.

Taxes and levies on EU households’ utility bills fell significantly thanks to member states setting governmental allowances and subsidies. The share of taxes in electricity bills dropped sharply year-on-year, from 39% to 24%, and from 36% to 27% for gas bills in the first half of 2022.

Electricity bills up in majority of EU member states

Only five countries bucked the trend of rising domestic electricity bills, three of them in Central and Eastern Europe (CEE).

Government subsidies and allowances helped Slovenians pay 16% and Poles 3% less year-on-year in the first half of 2022. In Hungary, where domestic utility bill reductions has been a flagship policy for nearly a decade, regulated prices saw electricity prices down 1%.

The two largest increases (in national currencies) were also in CEE, as domestic electricity bills were up 62% in Czechia, and climbed 59% in Latvia.

Gas prices up everywhere except Hungary

Again, CEE countries led the table for gas-price surges, with domestic gas consumers seeing bills rise most in Estonia, where they soared by 154%. In neighbouring Lithuania, gas bills were up 110%, just ahead of Bulgaria (108%). Natural gas prices for household consumers marginally fell only in Hungary, by 0.5%.

Gas prices meanwhile increased in 23 of the 24 EU member states for which Eurostat published data, with Hungary the exception.

The government of Poland cut VAT on energy bills from 23% to 5%, and exempted households from excise duty from January 1, 2022. The Romanian government meanwhile adopted an electricity and natural gas consumer support scheme, applicable from 1 November 2021.

In Hungary, domestic utility prices have been regulated since 2013, meaning, Eurostat notes, that the current trend of increase does not affect the country. Austria offered EUR 150 vouchers for energy costs in the first half of 2022, although Eurostat notes that uptake on these was slow in the period.

In Croatia the government is providing social benefits for citizens at risk of energy poverty, supports for pensioners with monthly pension of below 4,000 kuna (EUR 531), and launched a subsidies programme for the fisheries and aquaculture sector.

In Bulgaria the government introduced a temporary monthly compensation scheme for non-household end consumers and imposed a moratorium on prices for household customers from mid-December 2021 to the end of March 2022. For its part, the Czech government granted a temporary waiver for VAT on natural gas and electricity, effective from November 2021.

In Estonia, a price limit was set for utility bills, with the surplus automatically compensated for private consumers by the state. From September 2021 to March 2022, lower- and middle-income families were reimbursed 80% of the price increase on the basis of electricity, gas and heating bills. From April to June 2022 there was no compensation.

Latvian consumers received a 100% discount on distribution tariffs from January to April 2022. From November 2021, protected users have had the right to additional support for for electricity payments in the form of partial state compensation for monthly electricity bills.