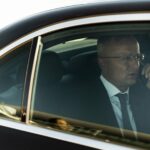 The Hungarian government said on Monday that it will pass a parliamentary resolution condemning EU criticism of its refusal to participate in the plan to introduce a global minimum tax rate of 15%.

The measure, which aims to create a global tax floor for multinational corporations, is backed both by the EU and the Biden administration, and has already been adopted by 140 countries. Cash-strapped Hungary reportedly agreed to the arrangement in October but reversed its position last month.

The US Treasury said as Hungary has cut its corporate tax rate to 9% – as compared to 21% in the US – the tax plan now only benefits Hungary.

“The benefits are no longer reciprocal – with a significant loss of potential revenues to the United States and little in return for US business and investment in Hungary,” a US Treasury spokesperson underlined.

Hungarian Foreign Minister Peter Szijjarto responded in a Facebook post that Hungary opposes the global minimum corporate tax rate and the accompanying tax rises. “Despite the pressure on us… we cannot jeopardise Hungarian firms and Hungarian jobs”, he argued.

Meanwhile Hungary’s Finance Minister Mihaly Varga said any corporate tax hike would be unjustified in the current context of the war in Ukraine and soaring energy prices.

Varga revealed that US Treasury Secretary Janet Yellen had warned him after a meeting of EU finance ministers in June that a bilateral double taxation avoidance agreement signed by the US and Hungary in 1979 could be cancelled if Hungary refused to change its position on a global minimum tax rate.

The government was informed of the termination of the 43-year-old deal on Friday, Varga said, adding that Hungary earlier ratified an agreement that addressed its current tax concerns, but the US had mothballed that deal, in 2010.

Varga also argued that the US included local taxation in the obligations of companies operating in Hungary, meaning their overall tax burdens did not decrease. He said companies pay taxes in Hungary, but the Hungarian government has focused on consumption and sales taxes instead of corporate tax.

“This policy is a matter of tax sovereignty, which all countries must respect, ” Varga said, adding that negotiations on the global minimum tax had not addressed levying digital multinationals, which were initially targeted by the measure.

Hungary’s stance has drawn some support from Republican Party Congressmen. “We are continuing our professional consultations on tax issues with our Republican friends,” Szijjarto said.

A House committee has already approved the Hungarian government proposal condemning criticism of its veto by MEPs, and it will be submitted to Parliament in the next few days, Hungarian website Telex reported on Monday afternoon.