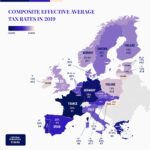 Global Minimum Tax: A Blessing or a Curse?

Global Minimum Tax: A Blessing or a Curse?

Small, export-oriented countries may lose out to larger economies if a “minimum tax” proposal from the Organisation for Economic Co-operation and Development (OECD) remains unchanged. The proposal, backed by some 130 countries, would introduce a 15% minimum corporate tax globally to end the current “tax race to the bottom,” a competition among countries trying to lure as much investment as possible by offering low tax rates. Hungary, Estonia and Ireland see the idea as hindering competition and undermining their chances to catch up with richer and bigger economies.

In early July, news emerged that 130 countries across the globe were backing the idea of a minimum corporate tax rate of 15% as proposed by the United States. This suggests that almost all countries of the world, representing 90% of global GDP, see putting a floor under corporate tax rates as beneficial and progressive. The OECD estimates that the measure can yield around an additional USD 150 billion in global tax revenues annually to the governments concerned. It also added that under the new rule, tax revenues are expected to “move” home, meaning more than USD 100 billion in profits will likely be taxed in the countries where the profits were earned. Tax revenues will also be more evenly distributed among the 137 countries comprising the Organisation’s Inclusive Framework (IF).

Nonetheless, nine OECD countries including three EU member states, Hungary, Ireland and Estonia, who are all against the proposal. They do not reject it as a whole and have their own recommendations for amendments, therefore the European Commission expects a consensus to be reached soon.

While it was the US administration of president Joe Biden which came forward with the proposal, it is the tax avoidance practices by mostly US-based digital companies which have vexed the American government for a long time, including during the Trump administration. 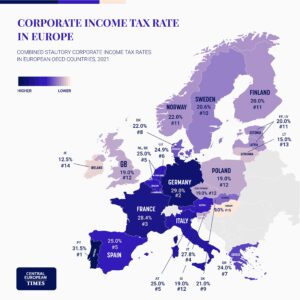 Now, with the OECD’s Base Erosion and Profit Shifting Project (BEPS) 2.0, the Base Erosion and Anti-Abuse Tax (BEAT) law enacted under the Trump administration is expected to become obsolete. The tax optimization techniques of multinational enterprises have irritated other counties too and triggered conflicts among them. One of the loudest ones broke out in 2019 between France and the US over the taxation of Facebook and Amazon and subsided only after President Trump pledged to enter negotiations for a global solution. Taxation issues have also caused clashes within the European Union when the European Commission accused Ireland of granting illegal tax benefits to Apple.

The agreement the OECD countries are now hammering out has two pillars.

Pillar I is meant to ensure a fairer distribution of profits and taxing rights among jurisdictions. It would recognize the taxing rights of the country where multinational enterprises (MNE) have actual business activities and earn profits – a promise made to French President Macron checked off. Transfer pricing is especially in the cross hairs. According to the OECD’s estimates, under Pillar I, taxing rights on more than USD 100 billion of profit are expected to be reallocated to market jurisdictions each year.

Pillar II (also referred to as the “Global Anti-Base Erosion” or “GloBE” or “Minimum Tax” proposal) aims for a global minimum tax rate of at least 15%. According to the mechanism envisioned, countries would not be required to set their rates at the agreed floor but would give other countries the right to levy a tax on companies’ income coming from a country that has a lower rate. In case of Hungary, for example, the home country of a company would be entitled to levy a 6% extra tax as the current tax rate in Hungary is only 9%. As a consequence, Hungary would likely consider raising the tax rate to the global 15% minimum not to lose out on taxing rights.

While it sounds simple it might bring about an array of problems if applied.

An end to tax competition?

In addition to corporate tax, many other taxes and contributions levying the same tax base should also be considered when implementing BEPS 2.0. In the Hungarian tax system, for example, municipal taxes play an important role. Therefore, the effective tax rate is influenced by various other levies like those imposed on wages and other specific, local taxes and contributions. The Irish edition of European Movement cites a research form 2019 which found that Ireland’s effective corporate tax rate at 15.7% was actually higher than its statutory rate – the tax rates applied to taxable income that falls within a given range or tax bracket – of 12.5%. In contrast, France’s effective rate was 17% compared to its statutory rate of 33% while Denmark’s effective rate was 19% compared to a statutory rate of 24%. Overall, the research suggested that many EU countries actually had lower effective corporation tax rates than Ireland.

As U.S. President Joe Biden said in a statement, with a global minimum tax in place, multinational companies “will no longer be able to pit countries against one another in a bid to push tax rates down.” However, such an international framework would also allow the Biden administration to raise corporate tax from 21 to 28% without the risk of large multinational companies and digital giants shifting their profits between countries. US Secretary of the Treasury Janet Yellen put it more bluntly: “this deal will end the race to the bottom.” She argued that competition should be based on “economic fundamentals” like the skill of workforces, the capacity to innovate, and the strength of legal and economic institutions, rather than ever-lower tax rates that deprive governments of money for infrastructure and education.

A reputed American libertarian think tank, the Cato Institute published an analysis and opinion piece by tax policy advisor and author of the book Global Tax Revolution, Chris Edwards, who claimed that governments need to compete with one another as much as any corporations to improve efficiency. Costs, taxes and tax benefits in a country are conditions that businesses weigh when deciding where to invest, also pressuring governments to restrain their bent for statism. He says: “Cross ​border competition has nudged policymakers in the right direction” and thus the average corporate tax rate across OECD nations has fallen from 41% in 1990 to 25% today. In the meantime, average corporate income tax revenues in the OECD have risen from 2.4% of GDP in 1990 to 3.1% in 2018. He also points out that small economies benefited a lot from attracting investments with low corporate tax like Ireland, which used to be lot poorer than Britain but these days has managed to surpass it in living standards.

Ireland reduced its corporate tax rate from 40% to 12.5% as early as the 90s (having been phased in from 1996 to 2003), and since then it has seen tremendous economic development. The country has attracted over 1,600 overseas companies that directly employ over 250,000 people, meaning that MNEs make up 32% of all employers in Ireland paying 49%of employee taxes. Those include pharmaceutical companies, IT and medical device manufacturers and account for around 21% of the country’s net tax receipts.

Hungary decreased its corporate tax rate drastically in 2017 from 19 to just 9%, the lowest in the EU. Inward FDI stock increased from USD 82.7 billion in 2016 to nearly USD 100 billion in 2019, but Hungary is still far behind Ireland in terms of FDI stock. Estonia, the third country against the “minimum tax” has attracted more FDI flows recently but still lags behind Hungary in terms of FDI stock. Its corporate tax rate ranges 14-20% and only targets “distributed profits” (mainly earnings shared with shareholders as dividends).

Of course, there are other factors that determine the attractiveness of a country to foreign investors, like infrastructure quality, labor quality, economic and political stability, cultural links, but the number one factor is the size and potential of the market. Therefore, large and developed economies have a considerable advantage over small economies when competing for investments, and that is exactly why small and developing countries try to make themselves more attractive through lower costs. Nonetheless, tax competition has pushed all countries to lower their tax rates for the last decades as mentioned above.

Therefore, tax rates and tax systems seem to be aligned with the level of economic development and the size of the economy. Twenty-four of the smaller economies of Europe have an average corporate tax of 14.5%, whereas the largest 24 countries sport an average 20.8% as noted by the Cato Institute.

Despite of increasing differences in their economic fundamentals, there is one more thing that Ireland, Hungary and Estonia share, namely their exposure to international trade. Usually, the more export-intensive a country is, the more tax competitive it is, simply because it is more dependent on international trade. The export intensity (export to GDP ratio) of the Irish economy is one of the highest in the whole world: 123%. Those figures are 71% for Hungary and 54% for Estonia. Meanwhile, that figure is -70% for the US.

Ireland’s finance minister, Paschal Donohoe, called the Irish tax rate “fair,” but also expressed commitment to the talks and an outcome that Ireland can support.

His Hungarian counterpart, Mihály Varga, argued a minimum tax rate would hamper growth and economic activity in Hungary. His colleague from Hungary’s Ministry of Finance Benedek Nobilis  was more moderate in his assessment. He said Hungary would support a solution that limits legitimate competition for investments as little as possible, capable of handling the differences in taxation between countries, does not hinder the spread of best practices in taxation and applies to all counties equally. Hungary is especially worried about negative consequences on R&D spending, which is currently incentivized by tax allowances.

According to a statement by the Estonian Ministry of Finance, “the current version (of the proposal) enables the state where the company’s headquarters is located to tax the profit earned in Estonia if Estonia has not taxed the local subsidiary’s profit within three to four years.” The country would support a solution that would cover the entire economic cycle so that dividends could be paid after unprofitable years, also recommending a minimum turnover rate to be established for the groups from which a minimum tax may be levied. Estonia’s government believes that the proposition in its current form restricts tax competition and is disadvantageous for small countries.

All three countries having refused to sign up for the deal see their tax regimes as essential tools to compete against most powerful economies.

Discussions will continue with those three member states. A European Commission spokesman expects to reach a consensus by October. Although there are tough negotiations ahead, EU officials hope that the new tax rules could come into force as soon as 2023.

Ukraine hosts more than 35,000 tourists from the Persian Gulf