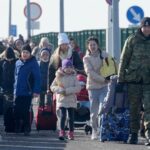 The war in Ukraine is set to inflict twice the amount of economic damage that the COVID-19 pandemic did, the World Bank says in its new report that includes detailed outlook analyses for Poland, Bulgaria, Croatia and Romania.

According to the Washington-based lender’s ECA Economic Update Spring 2022 report, “spillovers” from Russia’s invasion of Ukraine are expected to be significant in Central Europe, with key issues including an influx of refugees, higher commodity prices, lower external demand from the Eurozone, and deteriorating confidence.

Indirect spillovers from the war will have a more pronounced impact on Central Europe’s economy than direct shocks from Russia and Ukraine, the World Bank adds. Slowing growth across the Eurozone’s largest trading partners —primarily Germany, which receives an average 27% of the subregion’s goods exports—would significantly impact on growth in Central Europe.

Any potential disruption in energy supplies to the euro area region could intensify price pressures, thereby eroding real incomes and business profitability. Additionally, a slowdown in the euro area could weaken investment in Central Europe, which relies on the euro area for 63% of its FDI, 63% of portfolio flows, and 87% of total bank claims, according to the report.

Direct economic linkages outside the energy sector are limited, but nonetheless growth in Central Europe will be held back by higher commodity prices, including for energy; increased uncertainty; and disruptions to supplies of precious metals used in the auto industry, the World Bank underlines.

Surging energy prices are weighing on production and household purchasing power. The increase in commodity prices – energy in particular – is expected to widen the current account deficit by more than previously expected. Higher commodity prices have complicated monetary policy as inflation in the subregion was already at multi-year highs and exceed- ing targets. These inflationary pressures have prompted central banks to accelerate the pace of monetary policy tightening, the World Banks reports, referring to Hungary, Poland and Romania.

The large inflow of displaced people from Ukraine – particularly to Poland, the country to which almost 60% of the refugees have arrived so far – is causing a significant increase in demand for public services and housing. Refugees could provide a boost to the Central European economy by boosting domestic demand and partly offsetting the ongoing decline in working-age populations, according to the World Bank.

The economy is also expected to benefit from funding from the EU Recovery and Resilience Facility—the largest component of the Next Generation EU funds, the Washington-based lender adds.

Economic growth is expected to decelerate to 3.9% in Poland in 2022, as high inflation, monetary policy tightening, negative confidence effects related to the war in Ukraine, and slowing demand in key trading partners negatively impact growth.

While direct economic linkages outside the energy sector are limited, higher energy and food prices, increased uncertainty, and disruptions to supplies to the auto industry will weigh on growth.

A large infrastructure and local public investment programme, including through the National Recovery and Resilience Plan (NRRP), higher spending on health, and a boost to consumption related to the large influx of displaced people are expected to support growth. To fund its NRRP Poland requested EUR23.9bn in grants and EUR12.1bn of preferential loans under the ‘Next Generation EU’, which is expected to be approved in March.

Higher import prices, and higher primary income outflows are expected to result in a deterioration in the current account deficit to 2.5% of GDP in 2022, with a moderate improvement over 2023-24 as terms of trade improve.The fiscal deficit is expected to remain above the medium-term budgetary objective, as a result of the structural tax reform (Polish Deal) and the temporary impact of the Anti-inflation Shield.

The fiscal cost of these packages is estimated at 0.7% and 1.1% of GDP, respectively in 2022. Furthermore, there will be additional public spending to manage the large influx of displaced people from Ukraine, according to the ECA Economic Update Spring 2022 report.

Romania’s economy is projected to grow at 1.9% in 2022, with risks strongly tilted to the downside, the World Bank predicts. The strength of the recovery will depend on the evolution of new COVID:19 variants and the severity of the hostilities in the region. Romania’s capacity to absorb the EU funds will be critical to a sustainable, green, and inclusive recovery process. According to government estimates, in a scenario of 100% absorption, the Resilience and Recovery funds will, on average, add around one percentage point to Romania’s real GDP growth per year between 2022 and 2026.

A substantial reduction of the fiscal deficit in 2022 is improbable, as the government will have to support the economic recovery process while also supporting macro-economic stabilisation. Over the medium term, the deficit will follow a downward trajectory but is likely to remain above 3% of GDP. Rising food and energy prices, and declining remittance incomes could mean a longer recovery process for vulnerable population segments compared to others in the coming years.

A protracted war in Ukraine may push growth into negative territory and lead to an increase in poverty in the short run, the World Bank predicts.

Anti-graft coalition a plus point for Bulgaria

The ongoing war in Ukraine has provoked a revision of growth forecasts globally, with Bulgaria’s GDP growth in 2022 revised by 1.2 percentage points as against the World Bank’s earlier forecast, to 2.6%, the Washington-based organisation notes.

Risks remain titled to the down side and further downward revisions are likely to follow in case of a prolonged military conflict, or new disruptive COVID waves amidst low vaccination rates. Moreover, the delay in the approval of the national Recovery and Resilience Plan and the operational programmes for EU funds (2021-27) jeopardises the government’s plan to increase substantially public investment in 2022, further undermining growth prospects. Over the medium run, growth is expected to be fuelled by EU-funded public investment and improved private investor sentiment on the near-term prospect of Eurozone entry.

Overall, the draft 2022 budget suggests that fiscal policy will depart from the con- servative stance adhered to in the past two decades. The fiscal deficit is likely to exceed the government’s plan for 4.1% of GDP as the latter rests on a fairly optimistic official growth projection of 4.8%, the World Bank writes, adding “on a positive note”, the political crisis that dominated the national landscape since early 2021 has been overcome, after a four-party coalition took office after the elections last November.

There are high expectations from the new government to undertake structural reforms in a number of areas, including the judiciary and the control of corruption, according to the World Bank.

Croatia’s growth will moderate but remain above pre-pandemic trend

Investment activity underpinned by the inflow of EU funds is expected to pick-up strongly in 2022 and moderate thereafter. However, this primarily depends upon the implementation of government investment plans.

Overall, inflation in Croatia in 2023 and 2024 is projected to slow down due to the easing of global supply bottlenecks and tightened financial conditions. However, commodity price levels will remain elevated, while the general government deficit is likely to fall below 3% of GDP as of 2023. Also, public debt to GDP ratio is expected to continue declining, reaching 73.9% of GDP at the end of 2024.

The World Bank said the war’s biggest effect and most enduring legacy will be the humanitarian catastrophe. Following Russia’s invasion of Ukraine, the former country’s economy has plunged into a deep recession, with output projected to contract 11.2% in 2022 amid a collapse in domestic demand. Sanctions have impaired Russia’s sizable macroeconomic buffers and triggered trade, financing, and confidence shocks, the World Bank notes. Meanwhile Ukraine’s economy will shrink by almost half – or 45.1% – in 2022.

Tymofiy Mylovanov, who was Ukrainian economy minister from 2019-20 tweeted “Not good enough. Tougher sanctions!” in response to the report.