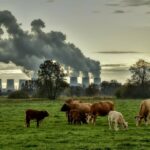 A coalition of 11 European Union states led by Denmark wants to accelerate the continent’s green transformation, in order to end the bloc’s dependence on Russian energy.

EU governments last year commenced talks on reforms aimed at meeting 2030 emissions reduction goals. Now some countries including Poland want to slow down the process, due to the war in Ukraine, Bloomberg writes.

However the group of 11 ministers have issued a a joint statement that aims to ensure the EU sticks its green plans and wean itself off fossil fuels, for which it is heavily reliant on Russia.

The ministers from the EU member states, which include Austria, the Netherlands and Spain, said now is the time to move forward with the green transition, as any delay will only prolong our energy dependence, according to the document seen by Bloomberg News.

The urgency to save energy and accelerate renewables has never been higher than it is now said Rob Jetten, the Dutch Minister for Climate and Energy. We therefore call on all member states to ensure an ambitious and swift implementation of the “Fit for 55” package, Jetten added, Bloomberg reports.

The Fit for 55 package enshrines the EU’s 2050 climate neutrality objective and introduced the intermediate target of reducing net greenhouse gas emissions by at least 55% by 2030.