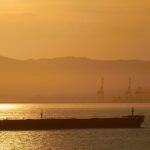 The European Commission said it planned to cut its reliance on fossil fuels from Russia by 2030, reducing dependence on Russian sources of energy by two-thirds by the end of the year. But it turned out there will be no ban on imports of Russian oil and gas imports to the Union, for now.

Following an extraordinary European Union leaders summit in Versaille, where leaders discussed the bloc’s relationship with Ukraine and related topics, Hungary’s Prime Minister Viktor Orban said the most important issue for his country had been “settled favourably”, meaning that there would be no EU sanctions covering oil and gas. “In other words Hungary’s energy supplies will be guaranteed in the coming period.”

Considered Vladimir Putin’s closest ally in the EU, ITV notes that Orban has so far supported numerous sanctions against Russia, but Hungary and many other member states are reliant on Russian energy, making any European consensus on oil and gas elusive. In fact, Hungary receives most of its oil and gas from Russia, and late last year agreed a new, 15-year gas deal with Gazprom.

Orban’s conclusion highlights the division among member states in their willingness to cut their dependence upon supplies of Russian gas, oil, even nuclear fuel.

Daily Sabah reports that Latvia, Poland and Lithuania had advocated for a European Union ban on Russian energy imports in Versailles on Thursday. Latvian Prime Minister Krisjanis Karins  commented, “I’m convinced that we should make a decision to stop energy imports from Russia to get (President Vladimir) Putin to the negotiating table to stop the war.”

Euractiv provided a round-up this week of where various member states stand on the issue, noting that Hungary and Germany are most opposed to the EU banning Russian energy imports.

Due to increased LNG imports and the Baltic Pipe connection with Norway, Poland, it writes, believes it is prepared to weather an import ban on Russian gas. Warsaw says it will let its current contract with Gazprom run out at the end of the year. However, it still imports over 8 million tonnes of coal and over 60% of its oil from Russia. Despite 87% of Slovakia’s gas coming from Russia, Prime Minister Eduard Heger said all energy imports should stop to send a “signal” to Vladimir Putin.

Receiving 70% of its gas, 60% of fuel and 100% of its nuclear fuel from Russian companies, Bulgaria’s Prime Minister Kiril Petkov said his country has no current alternatives. Czechia gets most of its gas and half of its oil from Russia, but Prague’s position on a ban is unclear. Slovenia gets most of its Russian gas from a hub in Austria, but hasn’t given concrete plans on how it would diversify its sources. Natural gas imports only make up 30% of supply for Romania, but most of that is Russian – and the country’s leadership has not floated the prospect of banning energy imports from Russia.

While Hungary may have won the battle on sanctioning Russia’s oil and gas sector, it may not win the war.

Following the EU summit in Versaille, European Commission President Ursula von der Leyen said the EU should sever its reliance on hydrocarbon imports from Russia. “By the end of May we will propose to phase out our dependency on Russian gas, oil and coal by 2027,” she said, adding that a two-thirds reduction of imports would be difficult, but achievable – requiring unanimity.