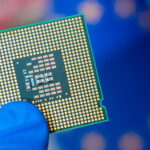 Share this article on:
Czech Republic News in brief Telecommunication & IT Transport

Due to the global shortage of microchips the Czech Republic’s biggest exporter, auto manufacturer Skoda, has announced a significant production cut – starting in October – which could last until the end of 2021. According to economists, it could exert a significant effect upon Czechia’s overall economy by cutting into anticipated economic growth driven by the auto industry there. Toyota’s facility in the country has also been forced to slow assembly.

Thousands of Skoda autos have been assembled, but are waiting for chips to be finished, while dealerships are wait-listing buyers. Employees at Skoda are receiving 85% of their wages. Owned by Germany’s VW, Skoda employs 35,000 workers out of the 180,000 who work in the auto industry in the Czech Republic.

Meanwhile, the European Commission is working on a measure to increase chip production.