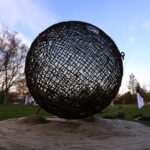 Zagreb has come out in support of the G20 political agreement based on a proposal to tax multinational companies. It will bring greater tax fairness, according to Croatia’s finance minister, Zdravko Marić, who said his country is in favor of the global mechanism that is planned to be enshrined into EU regulation and implemented in member states, writes Euractiv.

According to Marić, Croatia would benefit from the first pillar of the regulation under which multinational corporations running operations in more than one country would have to transfer a part of their profit as residual profit, which would leave Zagreb with more tax income.

Croatia will not lose either according to the second pillar under which the tax rate should be at least 15%, he said. Currently, Croatian profit tax rates are at 10% for companies with revenue of up to EUR 1 million and 18% for those with revenue over EUR million. Presently, around 90% of businesses in the country pay 10% tax, while the majority of the corporate tax proceeds comes from big companies paying 18%. “As far as Croatia is concerned, there should be no problems whatsoever,” Marić commented at an OECD ministerial meeting held in Paris.