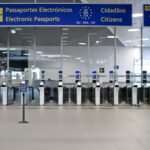 Share this article on:
Bulgaria News in brief Romania

Starting in July of this year, Romania and Bulgaria will be granted access to Europe’s Visa Information System (VIS), a database that connects border guards at the EU’s external borders with member states’ consulates around the world, as part of those countries’ eventual inclusion into Schengen, a borderless area comprising 26 European countries that have officially abolished all passport and all other types of border controls at their mutual borders.

However, for now, Bucharest and Sofia will only have access to that system for informational purposes, according to a decision taken by the European Commission on 18 June, after both countries had successfully completed a series of technical tests required for access. Read-only access means that they will be able to access information that already exists in the system, but will not be able to enter any new information, the EU executive explains in a press release.

Full access to VIS for Bulgaria and Romania will become possible once the two countries are fully integrated into Schengen.