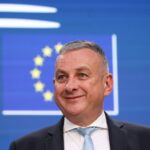 Net4Gas, Czechia’s natural gas transmission system operator, had not received its contracted monthly payment from Russian state-owned Gazprom by 4 January, Czech Industry and Trade Minister Jozef Sikela announced. Gazprom contracts made up 75% of the revenues of Net4Gas in 2021.

In an official filing Net4Gas stated that it is currently investigating the reasons for the non-payment, which it views as a contractual breach on the part of a major shipper, but did not specify the company involved.

However Sikela named the company as Gazprom, tweeting “Russia’s misuse of energy as a weapon continues. Gazprom stopped paying transit fees and thus does not fulfill its obligations to Net4Gas, the operator of the gas system in Czechia. I have therefore met with N4G officials to be informed on the impact this will have on our gas supplies.”

Net4Gas says operations will not be affected

Despite the non-payment, Net4Gas asserted that it is able to cover its ongoing operating and financing costs. Czechia has been relying on Net4Gas to ship Russian gas from Czechia to Austria, via Slovakia. However, since Russia’s invasion of Ukraine on 24 February 2022, Russian gas transit to Germany through the Nord Stream pipeline has been reduced and eventually ceased.

In late September Russia’s energy conflict with Europe escalated dramatically as the Nord Stream 1 and Nord Stream 2 pipelines were wrecked in mysterious circumstances. Since then Net4Gas has been supplying gas from alternative sources as ordered by its customers.

The following month rating agency Fitch confirmed Net4Gas’s rating as ‘BB+’, on the assumption that “full or near-complete shut-off of Russian pipeline gas to Europe and no payments from Gazprom”, Reuters noted.

Czechia is now investigating alternative sources of natural gas, such as Norwegian shipments of liquefied natural gas. It also shares routes with Slovakia, which still receives Russian gas via Ukraine.

On 3 January, Sikela wrote that “gas supplies are increasing for the tenth day in a row. During that time, they have risen by almost 90 million cubic metres. So domestic tanks are filled at 86%, while last year the level was 50% at this period. Large gas reserves and their slow decline are significantly contributing to a steady decline in price,” he added.

Sikela also praised Czechs for paying heed to advice on reducing energy consumptions: “Of course, the warm weather contributes to this in recent days. However, according to our data, the average temperature this December was lower than in previous years.

“Nevertheless, gas consumption in Czechia decreased by almost 12%. The responsible behaviour of each of us is also playing an important role in this,” Sikela wrote.