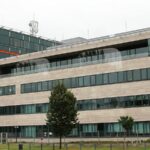 The forint rebounded against both the US dollar and euro late Monday, on news that Russian-state-run energy company Gazprom has agreed not to collect payment on Hungary’s gas usage this winter.

As per the deal, announced by the Hungarian Energy Board MVM earlier Monday, Hungary can delay payment for its next six months of gas received from Gazprom for the next three years.

On the announcement the Hungarian currency firmed from all-time lows of 425.8 against the euro and 435.8 against the dollar, to 418.4 and 425.6 respectively.

The forint, which has been one of the world’s worst performing currencies this year, went into free-fall last week after the Hungarian National Bank ended its policy of monetary tightening amid news of rate hikes by global central banks including the US Federal Reserve.

Local media commented that the deal may cut the cash-strapped country’s winter fuel bill, but it will not mean cheaper gas bills for companies or households.

Since Russia invaded Ukraine on 24 February, Hungary has repeatedly expressed reluctance to the EU’s seven packages of anti-Kremlin sanctions in response.

Although to date it has voted these tranches of sanction through, in recent weeks Hungary has said it would veto an eighth package.

Domotor accused the EU of gradually overriding the original consensus agreed by the bloc when war broke out in Ukraine and urged a change of course, adding that “if lots of us support this view, we can achieve that, and so we encourage everyone to participate in the national consultation.”

Hungary’s deals with Gazprom a source of tension with Ukraine

MVM said the agreement with Gazprom will give it more financial wiggle room, adding that Hungary’s energy supply was secured by the long-term gas deal it signed with the Russian company in September 2021.

Last September Gazprom and Hungary signing a 15-year supply agreement for 4.5 billion cubic metres of gas created tensions with Ukraine, whose pipeline infrastructure is circumnavigated by the deal, with the majority now arriving via a shared inter-connector with Serbia, and the rest from Austria.

The Ukrainian Foreign Ministry accused Hungary of violating a basic treaty signed in 1991 with the deal.

Economic Development Minister Marton Nagy said on Monday that MVM’s gas storage infrastructure might be used for other energy sources in the future.