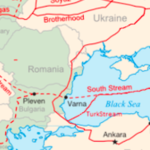 Hungarian Foreign Minister Peter Szijjarto announced Monday that he is in negotiations with Russia’s Gazprom regarding a long-term gas supply deal that would redirect all of Hungary’s shipments through the TurkStream pipeline.

Fears that Russia will cut off energy supplies to Europe have been growing in recent weeks, as gas transits have dropped via major routes, including the Nord Stream 1, which runs under the Baltic Sea from Russia to Germany.

The Nord Stream 1 pipeline was due to reopen on Thursday, after its closure, ostensibly for its annual ten-day maintenance. Then on Monday, Reuters reported that Kremlin-controlled energy firm Gazprom has declared a force majeure – extraordinary circumstances beyond its control – as the reason for the reduction of the Nord Stream 1’s capacity to 40% since 14 June, citing a leaked letter.

Moreover, Gazprom has not booked August export capacities for the northern Yamal-Europe pipeline. However flows have been unaffected along the southern TurkStream pipeline, which transports gas to Turkey under the Black Sea and then on to Bulgaria, which in turn transits it to Kremlin-friendly Serbia and Hungary.

“The southern shipping route is the most stable, predictable and secure,” Szijjarto said in a Facebook post on Monday. While Hungary is receiving only around a third of its contracted gas from Russia via the Austrian pipeline, it is getting all of the agreed amount through the Turkstream via Serbia, he said.

Without informing the EU, Hungary declared an energy emergency on 14 July, and announced a number of measures including the authorisation of Szijjarto to buy gas on the open market. On Monday, Szijjarto said Hungary’s talks with Russia had been prompted by “uncertainty along the western pipelines”.

Meanwhile there is growing distrust in Germany regarding Russia’s motives for ceasing Nord Stream 1 deliveries, on suspicion that this is a tit-for-tat move in retaliation for sanctions over Russia’s invasion of Ukraine.

Gazprom said on 13 July that it could not guarantee the safe operation of a critical part of the Nord Stream 1 gas pipeline because a turbine had been sent to Canada for maintenance by Germany company Siemens.

However a German Economy Ministry spokesperson noted that this turbine was only scheduled to be used as of September, so therefore could not be the reason for the drop in gas transits.