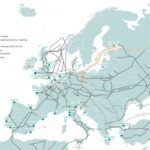 The news came after Russian President Vladimir Putin had warned countries refusing to pay for natural gas in rubles. Kremlin spokesman Dmitry Peskov on Wednesday threatened further cutoffs for countries that refuse to pay for their energy in the Russian currency.

“We are prepared for this scenario (and) mapping out our coordinated EU response,” von der Leyen said in a statement, which confirmed that both Poland and Bulgaria can now source gas from other countries.

Polish Prime Minister Mateusz Morawiecki said he had spoke to German Chancellor Olaf Scholz about reliance on gas and oil. “Short term it will be difficult to wean Europe off them, but long term it will serve peace,” Morawiecki tweeted. Poland receives 45% of its natural gas supply from Russia.

Meanwhile Bulgarian Prime Minister Kiril Petkov underlined that there would be no domestic restrictions on consumption in the country, which has secured alternate gas supplies from Greece and Turkey. Over 70% of Bulgaria’s gas comes from Russia.

Robert Habeck, Economy Minister of Germany, which until now has been a regional laggard in cutting its Russian energy ties, said on Tuesday that his country was close to finding an alternative source of oil via Poland’s Plock pipeline.

Russia’s decision to cut gas supplies was a revenge act against the Plock pipeline deal, according to German government advisor Jens Suedekum.