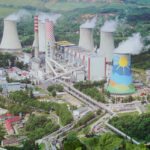 Share this article on:
Energy News in brief Poland

Westinghouse Electric Company signed strategic partnership agreements with ten Polish engineering and construction firms in connection with its possible development of Poland’s first nuclear power plant, last Friday. The memorandums of understanding form part of the US company’s strategy to eventually construct not just one, but six nuclear reactors in Poland.

As CET reported in November, the US’s firm’s two main rivals over securing the contract to collaborate with Polish firms in a 51-49% project are Korea Hydro & Nuclear Power, of South Korea, and Electricite de France. Scheduled for completion in 2033, the first nuclear facility would generate up to 1.6 GW of energy. By 2043, 6 units would generate a combined 6-9 GW, according to plans. Westinghouse is well positioned “to provide Poland with the best technology to support its climate change goals and secure the energy needs of its economy”, the director of its Poland entity Miroslaw Kowalik said.

Despite its reluctance towards the EU’s ‘Fit for 55’ climate package, Poland has been investigating ways to decarbonise via its “Energy Policy for 2040,” which pledges a just transition, a zero-emission energy system and clean air. Somewhat ironically, while Poland plans to become the last large EU country to go nuclear, Germany is preparing to shut down the last of its plants. Nevertheless, Poland has chosen nuclear power as a key element in its strategy to decarbonise and move away from the highly polluting brown coal lignite, which currently produces 70% of Polish electricity.

The European Commission is likely to classify investments in nuclear and natural gas as sustainable under its new “green taxonomy” regulations, alongside renewable energy sources such as wind and solar, according to Brussels insiders. This would be a positive development for Poland, which has allegedly calculated that ‘Fit for 55’ would cost the country an estimated EUR 527.5 billion.