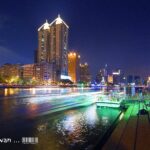 Taiwan will set up a USD 200 million investment fund for Lithuania to offset economic pressure from China, it announced Thursday.

The first Taiwanese investments – in fields such as semiconductors, lasers and biotechnology – could be made this year, according to Eric Huang, the head of Taiwan’s mission to Lithuania.

Taiwan’s provision of funds is intended to take some of the sting out of Lithuanian goods being delisted by Chinese customs. Earlier this week, Taipei bought around 20,000 bottles of Lithuanian rum that were planned to be sold in China. Taiwan has already taken 120 goods shipments originally intended for China, Huang said.

Vilnius’s developing trade war with China is also affecting multinationals from larger EU member states, who use Lithuanian products within their supply chains. China reportedly pressured car parts manufacturer Continental AG and around a dozen other German companies to stop using components made at Lithuanian subsidiaries

Lithuania’s standoff with China began in May when Vilnius pulled out of the 17+1 cooperation initiative through which Beijing promotes business and investor relations with Central and Eastern European countries.

The situation escalated in August, when Taipai announced it would open a ’representative office’ in Lithuania, angering China, which does not recognise Taiwan’s independence and has in the past two years stepped up military and diplomatic pressure to assert its sovereignty claim. Taiwan’s foreign ministry said the officewould increase economic cooperation between Taipei and Vilnius, which opened in November.

After China downgraded its diplomatic ties with Lithuania in response, Lithuanian Prime Minister Ingrida Simonyte discussed the situation with US Secretary of State Antony Blinken on 21 December. After the call she said “it is important that like-minded countries which share respect to international rules must be in solidarity.”

Not everyone in Vilnius agrees with Simonyte’s stand, however. Lithuanian President Gitanas Nauseda called the decision to allow the opening of a representative office with the word “Taiwanese” in its name a “mistake” on Tuesday. China has not publicly acknowledged any ban on Lithuanian products.