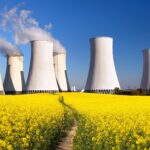 Share this article on:
Energy Estonia News in brief

Soaring energy prices in the Baltic country have sparked debate inside the progressive Estonian governing coalition of the centre-left Centre Party and Kallas’s liberal Reform Party. When Centre Party Economy Minister Taavi Aas called for a VAT cut on electricity of 20% to 9%, Kallas dismissed the proposal out of hand. Instead Estonia will subsidise energy bills for families with an income of EUR 1,052 or lower.

While also noting that any amendment would only take effect from April, Kallas argued in favour of targeted measures, rather than “a universal one that would also help people who do not really need it”. Kallas also bemoaned the proposal because “it would do nothing to promote energy saving”.

Estonia is meanwhile fast-tracking a viability report for its own nuclear power plant and solutions on plugging renewable energy sources into the national grid. Hydrogen is the future of energy and must be utilised more, Kallas said.