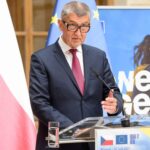 Czechs voted for a conservative shift in last weekend’s elections on Friday and Saturday. The conservative coalition SPOLU (“Together”) formed by the Civic Democrats, Christian Democrats, and TOP 09 parties, narrowly beat the ruling ANO party of current prime minister Andrej Babis. His coalition partner Social Democrats and the Communist party failed to reach the 5% threshold to enter Czechia’s parliament.

The SPOLU coalition led by Petr Fiala received 27.79% of votes, while ANO got 27.12 %. A coalition of Pirates & Mayors and Independents took third place with 15.62% of the vote. The far-right Freedom and Democracy Party  received 9.56% of the votes. Prime minister Babis accepted the defeat and congratulated the winner.

Petr Fiala, a political scientist and university professor, has been the leader of the Civic Democratic Party since 2013. Despite being criticized for lacking leadership skills, he is currently the top candidate to lead the country.

SPOLU, Pirates & Mayors, and Independents are expected to form the Czech Republic’s next government. They have already signed a memorandum on future cooperation but they will have to wait for Czech president Milos Zeman to assign them the task of forming the next government.

However, Zeman (77) was transported to a military hospital on Sunday. He is currently in intensive care, and little is known about his health condition. Before the elections, Zeman declared support to current PM Babis and hinted that he would not authorize a coalition to form the government, but would give the task to the strongest party.

The strongest party following the elections is Babis’s ANO party, but no party is willing to form a coalition with the current PM.