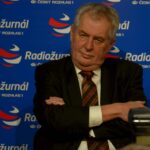 Czech President Milos Zeman – who was hospitalised on 10 October, the morning after the general election – remains incapable of performing his official duties and could now have his powers removed to enable the formation of new cabinet. Opposition politicians are now discussing triggering Article 66 of the Constitution, which transfers presidential powers to the prime minister and the speakers of both parliamentary chambers.

Czech Speaker Milos Vystrcil said it is unlikely that Zeman will be able to fulfil his duties for several weeks, citing a report from the Prague Central Military Hospital where he is convalescing. As one of the presidential duties is appointing prime ministers – and outgoing premier Andrej Babis has said he will cede power after disappointing election results – the opposition parties are now moving with urgency.

Meanwhile, it has emerged that presidential office head Vratislav Mynar was made aware of the severity of Zeman’s condition on 13 October, but withheld that information.