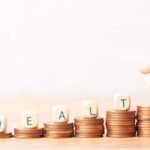 If not partly or fully owned by the state, like utility and oil companies, the largest companies in the Visegrad 4 (“V4”) countries – Czech Republic, Hungary, Poland, and Slovakia – are mostly foreign-owned and typically operate in the automotive, retail and electronics sectors. They are highly productive and prosperous, driving their countries’ GDP per capita convergence with that of the eurozone.

If counted as a single country, V4 would be the 5th largest economy in Europe and the 12th globally, outpacing nations such as Australia, South Korea and Spain. Poland, the Czech Republic, Slovakia and Hungary have seen a significant convergence in GDP per capita with the eurozone in the last 10 years. Their economic progress has been heavily dependent on the growth of the European economy – indeed, their accelerated convergence with the eurozone is partly due to the dire performance of the bloc’s economy over the last decade.

All V4 countries have strong ties to their Western neighbors, especially Germany, which is their most important trade-partner, ahead of China and the US. Viewed from an economic point of view, V4 has grown to be as important or even more important for Germany than France, its traditional trade-partner. This is due to these countries’ ability to attract foreign investment, their integration into EU-wide supply chains, proximity, highly trained workforce and low labor costs. However, it should also be pointed out that the economic growth of the last few decades benefited mostly the owners of capital, who, for these countries, are mostly foreign. The most important sectors in V4 are largely or wholly owned by foreign-owned firms.

Below is a list of the top 10 companies of the V4 (without financial institutions) in terms of their net revenue in EUR millions.

Most of the top companies of the region are either in Poland or Czechia, with only two from Hungary – MOL and Audi Hungary – and one in Slovakia – Volkswagen Slovakia – ranked among the top 10 in terms of their net revenue. State-owned or mostly state-owned power industry companies – energy, oil and gas, utilities – are over-represented, making up more than half of the list. The largest company of the region is the oil and gas giant PKL Orlen, currently ranked 438th on the Fortune Global 500, followed by SKODA Auto and the Hungarian oil company MOL. These latter two have switched places quite often in the last two decades. There are three large car manufacturers among the top 10 companies and one retail company, the Portuguese-owned Jerónimo Martins Polska.

Almost all of these enterprises suffered revenue losses last year due to the pandemic, but it hit the two oil and gas giants, PKL Orlen and MOL, the hardest, losing 23 and 28% of their revenues, respectively, compared to their earnings in 2019. PGE Polska Grupa Energetyczna stands out with a significant revenue increase of 22%. Interestingly, the revenue of Audi Hungary decreased to a larger extent than that of its counterparts in Czech Republic and Slovakia due to a 16% decline in engine manufacturing. Despite this, the Győr-based company achieved a profit rate 45% higher in 2020 than in the previous year.

Looking at the largest companies on a national level, we can spot some significant domestically owned companies (apart from the state-owned utility and health insurance companies in Slovakia) like Agrofert in Czechia, a conglomerate holding company of agriculture, food, chemical, logistics, energy, forestry and media established by Andrej Babiš, current prime minister of the Czech Republic. Eurocash also deserves our attention as it is a company seceded from the Portuguese Jerónimo Martins and established purely on the Polish market. Wizz Air is the only transport company making it onto the list of the top 10, a truly international company established in Hungary. Cinkciarz.pl is an emerging Polish company providing financial services, while Moravia Steel is a joint stock company, the major shareholder of Třinecké železárny, the biggest Czech steel company controlled by domestic capital.

Large companies have a decisive role in each economy as far as GDP, competitiveness and employment are concerned. In fact, in Czechia the top 100 companies account for around 60% of the gross domestic product of the country. This proportion is around one-third in Hungary with more than 80% of the top 100 companies owned by interests abroad. In Slovakia, foreign-owned firms play an important role for global value chain integration and their export intensity is double the OECD median value.

According to the list of Poland’s top 2000 companies prepared by Rzeczpospolita, the biggest share of revenues (46.2%) was generated by 844 companies owned by foreign capital (without financial institutions) in 2018. The companies included in this list grow twice as fast as the Polish economy. The largest companies – either foreign or domestically owned – employ the most talented and highly educated workforce. The foreign ones have a productivity on par with their Western parent companies but with significantly lower labor costs.