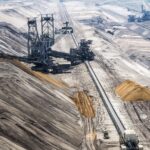 A dispute between Czechia and Poland over the shut-down of a brown coal mine has turned into diplomatic spat. Media in Hungary have reported that Polish prime minister Mateusz Morawiecki decided to cancel his appearance at this week’s Demography Summit in Budapest, where his Czech counterpart Andrej Babiš is scheduled to attend. The Polish PM’s decision is allegedly due to the Czech-initiated law suit to shut down the Polish mine at Turów, which the Czech side alleges is polluting groundwater on its side of the border.

Earlier, the European Court of Justice ordered that the mine be shut down and has more recently imposed a daily fine of half a million euros on Poland for not ceasing operations there. Poland has refused to obey the order, though, arguing that to do so would cause significant disruption of the Polish energy sector as well as severe economic damage, justifying the mine’s continued operation.

In response to the no-show from prime minister Morawiecki, prime minister Babiš told the Czech News Agency: “Our side has long tried to negotiate with the Polish side, which has refused it. One can see the outcome, unfortunately.”