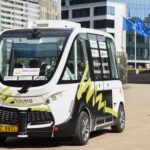 Toward its goal of becoming the first climate-neutral continent by 2050, the European Commission today unveiled a comprehensive set of proposals to reduce greenhouse gas (GHG) emissions by 55% by 2030 (compared to 1990 levels) in the European Union. The proposals would affect EU policy on climate, energy, land use, transport and taxation as part of the Union’s plan to realize the so-called European Green Deal, which involves billions in investment as part of the NextGenerationEU Recovery Plan to emerge from the economic effects of the Covid health crisis.

The proposals are all about speeding up GHG reductions and include reform of the Emissions Trading System (lowering the overall emission cap) and expanding its application to further industries (like phasing out free emission allowances for aviation), increasing the utilization of renewable power, enhanced energy efficiency, and less-emitting forms of transport, among others.

The EC’s proposals would also place responsibilities upon the member states. For one, the Commission’s news release writes: “To complement the substantial spending on climate in the EU budget, Member States should spend the entirety of their emissions trading revenues on climate and energy-related projects.” They will also be assigned strengthened emissions reductions targets based on their GDP and will share responsibility for removing CO2 from the atmosphere by the creation of natural carbon sinks through land use, forestry and agricultural activities.

Member states must also embrace greener energy sources, according to the EC news release: “The Renewable Energy Directive will set an increased target to produce 40% of our energy from renewable sources by 2030.” In the context of the Energy Efficiency Directive, the public sector will be required to renovate 3% of its buildings each year.

Meanwhile, standard cars and vans will be subject to much stricter emissions standards, the result being that all new cars registered as of 2035 will be zero-emission, while charging capacities are expanded. More sustainable fuels are in the cards for the aviation and maritime industries, while energy taxes will be aligned with EU energy and climate policies. Finally, the Carbon Border Adjustment Mechanism disincentivizes carbon-intensive production outside Europe and encourages those outside the EU to reduce emissions.

In the interests of the costs of the transition being socially fair, the policies include a new Eur 72.2 billion Social Climate Fund (which member funds would match) for citizens to invest in things like energy efficiency from 2025-2032.

No time to waste, an obligation

Executive Vice-President for the European Green Deal, Frans Timmermans thanked all of his colleagues and said, “So I believe we all have a package, which can take us to our goal, which is now a legal obligation of reducing our emissions with at least 55% by 2030, which would set us on a path of climate neutrality by 2050.”

He said there was no time to waste, considering the heat waves in northwest Canada, Siberia reaching temperatures of over 35 degrees Celcius. “So anyone who wants to deny the urgency of the climate crisis should look again. We certainly don’t have the luxury of denying it.”

Admitting that it was difficult and hard, he stated: “It’s also an obligation because if we were to renounce our obligation to help humanity live within planetary boundaries, we would fail not just ourselves, but our children and our grandchildren, who, if we don’t fix this, will be fighting wars over water and food.”

The measures he explained, needed to put a price on carbon, so that people have the incentive to use it, and put a premium on decarbonization so that innovation, adaptation and bringing new technologies to the market are all stimulated to take Europe where it needs to be.