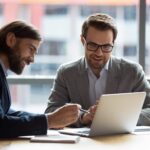 The European Commission’s deadline on assessing Hungary’s Recovery and Resilience Facility (RRF) plan expires today, July 12. According to Brussels-based Politico and various German news outlets, the Commission, dissatisfied with the commitment of Hungary’s government to fight corruption, has submitted further questions to the Hungarian government. Hungary applied for EUR 7.2 billion in non-returnable grants from the EU’s Recovery Fund.

Hungary’s justice minister Judit Varga admitted that “the Commission has formulated new demands” and promised that Hungary will remain open for a constructive dialogue with the European Commission. Politico opines that Brussels won’t approve the Hungarian recovery plan by 12 July, but that the program can gain the Commission’s backing later if Budapest makes some concessions. Brussels is still aiming to endorse the Hungarian plan — alongside that of the Czech Republic, Ireland and Poland — 16-19 July, according to a provisional schedule confirmed by EU diplomats and officials.

Handy Interactive “Reopening” Map of Europe for Your Travel Plans