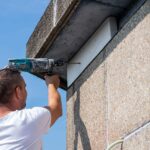 Wages Catching up in Visegrád Countries… A Never-Ending Story

Wages Catching up in Visegrád Countries… A Never-Ending Story

Shortly following the monumental changes to their governmental systems and economies, countries in Central & Eastern Europe did see their wages grow steadily – but over 30 years later it is apparent that average employee pay in the region can still be even half of that seen in the West of Europe.

“After the initial and turbulent phase of the transformation process, wages in all East-Central European economies started to grow dynamically from the mid-1990s up until the 2009 recession. In the wake of the crisis, however, wage convergence either experienced a sudden halt or slowed down substantially,” writes the former European Commissioner László Andor in his article.

According to Eurostat, the average annual net wage (2010) in Hungary was EUR 6,256, with only Lithuanians, Latvians, Romanians and Bulgarians taking home less. Data for 2018, however, showed an average net salary in Hungary of EUR 8,630, the 4th lowest in the EU. Net wages in Hungary not only do not look robust by EU standards, but are also weak among those in the Visegrád countries. Net salaries are EUR 9,237 in Slovakia, EUR 9,512 in Poland and EUR 11,266 in the Czech Republic. At EUR 24,700, the average net salary in the EU is almost three times higher than Hungary’s.

V4 economies are dependent on manufacturing industries and sensitive to the overall business cycle. The share of manufacturing industry in GDP is, compared to the EU average (14.6%), significantly higher in Central Europe. In 2018, the share of the manufacturing industry in the Czech Republic was 23.1%, the second highest share in the EU. The sector was particularly sensitive to the economic downturn in 2009 in the Czech Republic, Slovakia and Hungary. In Slovakia, the share dropped from above 20% down to 16% in 2009. This reflects the deep level of integration into global value chains, states the Transition to Industry 4.0 in the Visegrád Countries paper of the European Commission. While at the EU level nominal wages and salaries have grown by around 15% since 2011, in the V4 the increase ranges from 33% in the Czech Republic to 50% in Hungary. In 2018 the average

hourly wages in the V4 manufacturing sector are between EUR 7.40 in Poland and EUR 9.10 in the Czech Republic, compared to EUR 24.8 in the euro area.

According to Eurostat data, the Hungarian minimum wage is EUR 487 euros per month. In every other Visegrád country, which has been treated as a component of the group since the 1990s, minimum wages are higher: Czech Republic (EUR 575), Slovakia (EUR 580), and Poland (EUR 611).

Before the COVID-19 pandemic, the EU position on wages was as follows: growth was above 4% in the Baltics and in Central European countries (2019). With all member states entering into recession, the growth of compensation per employee started to slow in most of them. Wage growth above 4% was recorded in Poland. Milder increases were observed in the Czech Republic and Slovakia. However, public sector wage growth was significantly higher than private sector wages, and even accelerated with respect to the average of the previous three years in the Czech Republic, Slovakia, Poland. Wages have reacted quite fast to the decline of economic activity in the first half of 2020, states Labour Market and Wage Developments in Europe, the annual review of the European Commission.

As can be seen from the data, the wage gap between West and East still remains. However, the pandemic and the ensuing recession could also mean that Central Europe could gain new opportunities in global markets thanks to low wages and a skilled workforce.