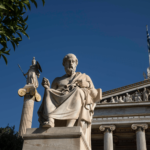 It’s said that when times are tough one knows who their friends are. For Greece, it was Chinese interests (and credit) that came to the rescue of an economy that had been on the brink of disaster, and investment by China into a Greek port has turned it into one of the busiest ones in Europe. Still, as a longstanding member of NATO, Athens’ traditional allegiance to the West and the US runs deep.

Greece has a relationship with Huawei that goes all the way back to 2011, when the country was still struggling to avoid bankruptcy and suffering through harsh austerity measures. Then little-known Huawei helped a small Greek telco, Wind Hellas, build a brand-new network. For that company and other network operators in Greece, Huawei has been a reliable partner for over a decade, and the company’s equipment is used across the country.

When Greece elected a “radical left” government in 2015 promising to stand up to European creditors, equipment shipments from the US and Europe stopped—but Chinese companies like Huawei and ZTE allowed Greeks to make purchases on credit, which allowed Greek telecoms to update their equipment in dire times.

Still, last fall, heeding warnings from the US, a traditional Greek ally, Greece was considering excluding Huawei from its 5G wireless networks. In a late September visit, as part of his diplomatic offensive against European countries using Chinese technology for 5G, former US Secretary of State Pompeo pledge America’s support for Greece and security cooperation in the region. While Cosmote, Greece’s largest telecom, has chosen Ericsson, analysts point out that Huawei’s equipment may be up to 30% less expensive.

Investments into China’s “gateway” to Europe

The European financial crisis brought the Sino-Greek relationship into a new phase. Struggling with the consequences of the financial crisis, Greek governments were eager to find foreign investors outside Europe.

As the first Chinese investment of international significance, in 2008, a 30-year concession was granted to the Chinese state-owned shipping giant China Overseas Shipping Group Co. (COSCO) to manage two terminals at the commercial Port of Piraeus near Athens, Europe’s largest passenger port serving 15 million/year, for the sum of EUR 490 million. In 2013, COSCO was granted another 5-year contract and the right to build a third terminal, and COSCO chose to increase its investment by renovating the existing terminals, thus making Piraeus its port of entry into southern Europe, with the aim of targeting opportunities in Balkan and Mediterranean countries, as part of China’s global ambition to play a central role on the international stage.

During a 2016 visit to China, prime minister Alexis Tsipras declared that Greece intended to “serve as China’s gateway into Europe”. Not long after, in 2017, COSCO took over 67 percent of Piraeus Port Authority and was granted a 40-year concession. Most Chinese companies started using it as the main platform of Beijing’s maritime Silk Road, part of its Belt and Road Initiative. Overall, this investment ranks as one of the most successful Greek privatizations in recent decades. Traffic has grown more than sevenfold since 2008 amounting to 4 million containers with the aim of reaching 6.2 million, putting Piraeus on roughly equal footing with capacity at Rotterdam, Antwerp, and Hamburg, Europe’s three busiest container ports.

In addition to Piraeus, another major Chinese investment has been the acquisition of a 24% stake in Independent Power Transmission Operator (IPTO) by China State Grid International. Since the Chinese acquisition, the company has ambitions to become an intercontinental electricity grid, in which China would be an “active stakeholder”. Their long-term goal is to connect Greek islands to the national grid making the local fossil fuel plants obsolete, also investing in renewable energy, technology and telecommunications, tourism and construction.

Our future take on Chinese FDI in Greece

China’s significant investments into Greece’s Port of Piraeus, making it one of the busiest container ports in Europe, and the country’s recent history of holding out a helping hand to a Greece faced with an existential economic crisis, add up to the likelihood of the two sides deepening their relationship through significant FDI coming from China. Now, the only outstanding question remains how that dynamic could change given the CAI accord, which will place ground rules on future China-EU investments going forward.

Nevertheless, it should also be kept in mind that the country’s largest foreign investors are still France and Germany, and being one of the oldest NATO member states in the region, Greece has a key geopolitical role. Even growing Chinese presence does not mean that Greece is prepared to change its traditional foreign policy orientation. Chances of that got slimmer in view of growing tensions with Turkey, which has brought Greece even closer to its Western allies (especially France, its top investor). While Greece is highly dependent on Washington’s support, it also seeks cooperation with Israel, another country being of high interest to Chinese companies and one that stands up to Turkey’s expansion in the Mediterranean.

Bulgaria: Early Elections on the Horizon