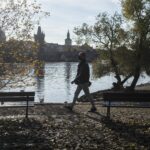 While Czechia has shown signs of interest in growing trade and cooperation with China, at the same time Prague is the loudest critic of Huawei in the region and is likely to continue to follow Brussels’ lead related to any further US-China trade disputes.

5G: A voice critical of Huawei

Despite the country’s top leaders voicing support for the “one China” policy in the hopes of establishing good relations, the Czech Republic has expressed the loudest criticism within the EU of Chinese telecommunications giant Huawei, which seeks to build out national 5G networks across Europe. In fact, the Czech Cybersecurity Agency (NÚKIB) has even issued a legally binding warning stating Huawei poses a security threat, angering Czech president Miloš Zeman. Regardless, Huawei did not gain security clearance from the country’s National Security Office, NBÚ, to be able to participate in public procurement tenders. Meanwhile, the Czech Republic’s largest network operator, CETIN, has declared Swedish firm Ericsson will be tasked with building the country’s next generation 5G networks.

When China’s leader Xi Jinping visited Prague in 2016, populist president Miloš Zeman declared the Czech Republic “a gateway to Europe” for China, promising billions in Chinese investments and huge trade deals—but, in reality, not much of that pledge has materialized.

However, China is the Czech Republic’s second largest business partner after Germany, and in 2019 imports from China totaled EUR 25.5 billion; meanwhile, China is also one of the largest foreign markets for Czech enterprises like Škoda Auto, Alpine Pro, Lasvit, Preciosa or Škoda Transportation, among others, but exports to China in the same period were only EUR 2.1 billion, signaling a huge, ongoing trade imbalance that is likely to continue into the future.

In 2014, Czech ties with Beijing began to grow closer when the government granted a foreign company, Home Credit, a nationwide license to offer domestic loans—a first in Czechia. Home Credit is owned by PPF,  a Czech-owned investment group with over 60 million customers and over 260,000 point of sale locations in China. Therefore, PPF is often involved in trying to burnish Beijing’s image in the Czech Republic, even launching a Chinese communist party propaganda campaign last year.

A few years back, Czech Republic was heavily beholden to Chinese oil conglomerate CEFC China Energy, which had close ties to Beijing. CEFC had promised huge investments across Czechia, and the CEFC chairman was even named a personal adviser of the Czech president. It built its stakes in companies like metallurgic company Žďas, Lobkowicz Group breweries, football club Slavia Praha, travel company Travel Service (Smartwings) and some small media enterprises, amassing assets of around EUR 1.5 billion by 2019. However, following problems paying debts, and the disappearance and imprisonment of Zeman’s advisor, another Chinese state conglomerate, CITIC, took over CEFC’s assets.

Our future take on Chinese FDI in Czech Republic

The very hard-nosed condemnation and/or rejection of Huawei participating in the 5G build-out received from Czech government authorities is a clear message of where the country’s allegiance lies and is likely to influence the trajectory and amount of direct investment it receives from China.

As for the recently announced EU-China Comprehensive Agreement on Investments (CAI), not much comment has been made about it in the Czech Republic so far. However, vice-president for Values and Transparency in the EU Commission Věra Jourová, a Czech national, has defended the accord, stating it would be shortsighted to ignore an economic superpower like China – that it would be a partner in some areas and a rival in others—and that the EU Commission is ready to enforce commitments entailed in the CAI.

While Czech officials mostly emphasize the importance of free trade and good international relations, and are therefore usually reluctant to take sides in trade wars, it is generally expected that Czechia will toe the EU line in the wake of a US-China trade war, but that could all change after this year’s election (scheduled for October 2021).