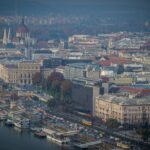 Hungary: Open to the East

Hungary: Open to the East

Similar to its welcoming approach to Russia, Hungary’s government is greeting Chinese economic and trade interests with open arms – despite openly expressed concerns by its allies in Brussels and the West.

Despite pressure from the US not to do so, Hungary has welcomed Huawei’s participation in the country’s 5G rollout. In 2019, the foreign minister brushed aside concerns about the Chinese company’s technology and network provider Magyar Telekom reported it was testing 5G technology from various suppliers, including Huawei. However, nothing has been heard about the topic since then, other than Hungary being left out of former US Secretary of State Mike Pompeo’s diplomatic offensive last summer to contain Huawei within CEE.

Open to the East

With Hungary’s government not having made a formal comment on the EU-China Investment Agreement, Hungary has been in support of it due, in part, to traditionally good Hungarian-Chinese economic relations, and because of the easing of conditions for European investments in China, which will have clear benefits for corporations in Hungary. For one, many Hungarian enterprises have direct supplier relations with large Western European (mainly German) companies, whose market penetration in China could increase profitability for Hungarian partners.

Some Hungarian technology firms are also interested in China. Numbers show that although the willingness to invest abroad is still low by international standards, the number of companies in Hungary considering outsourcing their production capacities to the Far East has increased significantly compared to previous years, and many have already taken concrete steps to pursue that. The forced establishment of a joint venture and the waiver of a mandatory transfer of technology, stipulations which bred mistrust among corporations in Hungary towards China having been removed, takes away the Hungarian side’s greatest fear about investments from China.

Despite all the efforts, however, expectations regarding the potential flow of Chinese investment have not been met, and the country has not received any new, major Chinese investors in recent years. Even though many announcements have been made and many cornerstones have been laid, there are very few tangible achievements, and even those that happen are investments in the range of a few million dollars.

By the end of 2015, cumulated Chinese investment in Hungary had reached USD 3.5 billion, according to available government figures, while consultancy Rhodium Group, meanwhile, reports cumulative transactions of EUR 2 billion in Hungary since the year 2000. The inflow of Chinese FDI is highly concentrated – around 75% of the total amount is linked to a single transaction: the acquisition of chemical company Borsodchem by China’s Wanhua Group.

Besides Wanhua, major investors include Huawei, ZTE, Lenovo, Orient Solar, Sevenstar Electronics Co., BYD Electronics, Xanga, Canyi and Comlink. Unfortunately, major industrial greenfield investments are still lagging in Hungary so far, even though the country’s economy could use the job creation, states Tamás Matura, an expert on Chinese relations in his article in Chinfluence.

However, a milestone was reached when China, Hungary and Serbia agreed to modernize the railway line between Budapest and Belgrade. According to the original plans, the first train should have rolled through Hungary by 2017, but construction on the Hungarian side has not even begun. The main obstacle is an infringement process, allegedly started by the European Commission, concerning financial agreements between the Hungarian and Chinese sides. Meanwhile, the Hungarian government denies that such an investigation by the Commission even exists, and publicly available information is painfully scarce on the matter. No surprise, the lack of transparency regarding the project—specifically, secrecy regarding the terms of the loan from China—is one of the main concerns of the European Union.

Our future take on Chinese FDI in Hungary

In the last decade Hungary was one of the forerunners among the CCE countries in deepening its relations with China. The Orbán government hoped that as the economic and political relations intensified with China, more significant investments could arrive in Hungary. However, these hopes have not really materialized beyond one or two major investments so far. The Budapest-Belgrade railway—at the moment a flagship project—will be built on Chinese credit. It could be a stepping stone, which is important for both the countries of the CEE region and China due to its economic and political weight Regarding politics, the current Hungarian government is a vocal supporter of strengthening ties with China inside the EU.

Besides the railway, another huge Chinese project has emerged in Budapest: A European campus for the Shanghai-based Fudan University is set to be built by Chinese contractors and financed by a EUR 1.25 billion loan from China. The Chinese campus is expected to be up and running by 2024, offering graduate programs in international relations, engineering, medicine and economics, facilitate research and “promote high-tech innovation in Hungary.”

The Chinese university’s plans for Budapest are highly controversial as it is considered an elite school of the Chinese Communist Party. Hungarian opposition parties warn that it could pose a risk, not only to Hungary but also to the EU and NATO, as well. The Chinese loan will place a long-term burden upon Hungarian taxpayers, critics say, while the government’s rationale is that Fudan is a world-class university, ranking 34th on the QS World University Rankings in 2021, and should not be feared.