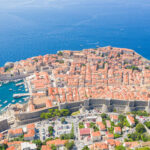 According to the proposed amendments to the Labour Law, a shop will only be able to open Sundays on a maximum of 16 weekends, Bloomberg notes. Retailers will be given discretion on if, and when, to utilise the exemptions.

The draft amendment offers exceptions to petrol stations, shops inside airports, hospitals and bus and railway stations. Corner shops and bakeries will be permitted to open from 7am to 1pm.

Croatia is a predominantly Roman Catholic country, where 44% of adults consider themselves as “highly religious”, according to a Pew Research Center survey carried out in 2018.

Plenkovic, who is also president of the ruling conservative Croatian Democratic Union (HDZ) party, said “Sundays should be His day, strengthening the family as the basis of society, and with 16 workdays during the holiday season and in big cities.”

“Under the labour law amendments, working on Sunday (and public holidays) will pay 50% more than on weekdays,” he added.

Government critics commented that it is trying to increase church attendance, rather than encourage spending time with family, and recalled that HDZ has twice failed to pass Sunday closing laws, as multinational supermarket chains overturned them at the Constitutional Court.

The bill is similar to others passed in Central and Eastern European (CEE) countries, but has been tweaked to reflect the economic importance of Croatia’s tourist industry, which generally makes up around one-fifth of its annual GDP.

Poland, where 40% identify as “highly religious”, introduced a Sunday closing law in 2021, with only seven exceptional days, and some exemptions for sole traders, post offices, petrol stations, and chemists, as well as shops in airports, train stations and hotels.

In 2015, under pressure from junior ruling coalition party the Christian Democratic People’s Party, the Hungarian government voted through a Sunday opening ban, with exceptions for corner shops. The law proved widely unpopular however in Hungary, where only 17% of adults consider themselves “highly religious”, and was repealed the following year.