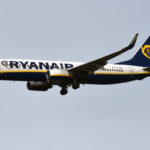 Ryanair’s ongoing dispute with the Hungarian government escalated last week, as the company’s CEO dismissed Hungary’s revisions to its aviation tax as “idiotic and damaging”.

The stand-off over has pitted one of Europe’s most combative businessmen, Ryanair CEO Michael O’Leary, against Hungary’s pugnacious Prime Minister Viktor Orban.

According to O’Leary, the Orban government’s recent decision to redraw its “excess profits” levy, introduced in June, as an “environmental passenger tax”, will make air traffic in and out of Hungary less competitive. O’Leary added that passengers to Balkan counties will also bypass Hungary, reducing Hungary’s tourism sector’s ability to recover from the pandemic.

The Hungarian government decree in question was issued earlier this month. It sets a higher aviation tax rate when carbon emissions per passenger are above 17.5kg. Meanwhile taxes will be cheaper for emission levels below 10.5kg and will remain the same in the 10.5-17.5kg band, according to the decree.

Ryanair has been consistently dismissive of cash-strapped Hungary’s windfall tax on airlines, and said passengers would end up paying the extra costs.

According to local media, Ryanair has been passing on the surplus tax of around EUR 10 per passenger since before it came into effect on 4 June. This was not challenged by the relevant government office, telex.hu noted.

Last month the airline refused to pay the HUF 300mn (EUR 736,800) fine levied on it by Hungary’s customer protection authority in August, as Justice Minister Judit Varga reportedly accused the company of “misleading customers through its dishonest business practices”.

After that fine payment deadline passed in September, Ryanair took the case to the Budapest Court and requested immediate legal protection. When the court rejected the plea, the Irish airline lodged an appeal that, if accepted, would postpone any payment until the resultant, years-long, case arrives at a verdict.

At a press conference in the Hungarian capital of Budapest in mid-September, O’Leary said Ryanair will reduce annual Hungarian passenger traffic from 4.5 million to 4 million, having previously planned to raise its traffic to 5 million in 2023.

He added that three Central and Eastern Europe services will be suspended between Budapest and Riga in Latvia, Krakow in Poland, and Kaunas in Lithuania.

Somewhat ironically, Hungary has been suggested as potentially the best location for a new low-tax environment for Ryanair if the company leaves Ireland, where it has operated since its establishment in 1984, as O’Leary has warned may occur if Ireland’s resurgent Sinn Fein party were to come to power at the next election.