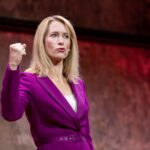 For the ninth consecutive year, Estonia has the best tax regime of the Organisation for Economic Cooperation and Development (OECD) countries, according to the latest International Tax Competitiveness Index (ITCI). Of the index’s top ten countries, five from Central and Eastern Europe (CEE) were included.

Estonia’s top ITCI ranking was driven by four positive features: a 20% tax rate on the distributed profits of corporate income, a flat 20% tax on individual income, a property tax that solely applies to land value, and a 100% tax exemption for the foreign profits earned by domestic corporations.

The ITCI is published annually by the Washington-based think tank the Tax Foundation, which US entrepreneurs founded to “monitor the tax and spending policies of government agencies” in 1937.

It looks at over 40 tax policy regarding rates and structures. Each OECD country’s corporate taxes are reviewed, as well as its individual taxes on income, consumption and property, as well as its policy on profits earned overseas.

The OECD is an intergovernmental organisation with 38 member countries, founded in 1961 to stimulate economic progress and world trade. In CEE, nine countries are OECD members, while Bulgaria, Romania and Croatia are amongst six countries whose memberships to the body are currently under consideration.

Baltics still on the podium in 2022

The index underlines that advantages of the Estonian tax system include companies only being taxed on distributed earnings, allowing them to reinvest their profits tax-free, as well as VAT that has a low compliance burden, and is applicable to a broad base. Property taxes only apply to the value of land, the ITCI adds.

Despite its top-ranking, Estonia’s tax regime has some weaknesses, for instance by only having tax treaties with 61 countries, below the OECD average of 74. Other issues are Estonia’s territorial tax system being limited to European countries, and comparatively stringent thin capitalisation rules.

Nearby Latvia retains its second place on the ITCI. Business advantages in Latvia include the government only levying taxes on distributed earnings, allowing companies to reinvest profits tax-free. Moreover, corporations in Latvia can deduct property taxes when calculating taxable income, while labour levies are “relatively flat”, which allows the government to raise revenue from taxes on workers with very few distortions.

Lithuania once again ranked lower than its Baltic neighbours, remaining in eighth place. Strengths include a “better-than-average tax treatment” for business investments in machinery, buildings, and intangibles, as well as a corporate tax rate of 15%, below the 23.6% OECD mean. The ITCI notes that Lithuania’s taxes on labour are “flatter than average”, which lets the government raise revenue from taxes on workers with very few distortions.

Weaknesses include Lithuania only having tax treaties with 54 countries, a “patent box” and “super deduction” for Research and Development expenditure and, as with its Baltic neighbours, strict thin capitalisation rules for multinationals.

Czechia was listed as one of the countries where the taxation system had notably changed since 2021. The country increased its top personal income tax rate from 15% to 27% this year, seeing the country’s rank falling one place, to fifth.

Pluses of Czechia’s tax system include a corporate rate of 19%, well below the OECD average of 23.6%, with “above-average cost recovery provisions”. According to the ITCI, taxes on labour are “minimally distortive” in Czechia, while the country has a territorial tax system, “exempting both foreign dividend and capital gains income from other European countries, combined with a broad tax treaty network”.

Minuses include a relatively high VAT threshold, which contributes to a “distortionary VAT design”. In Czechia, net operating losses can only be carried forward for five years, although they can also be carried back for two years, the TF reports, adding that thin capitalization rules in the country are among the stricter ones in the OECD.

Poland climbs two places, to 28th, on the ITCI for 2022. Advantages of its tax system include a below-average corporate tax rate of 19%, “generally flat” taxes on labour – allowing the government to raise revenue from taxes on workers with relatively low efficiency costs – and a broad tax treaty network including 86 countries.

Disadvantages of the Polish tax system include “multiple distortionary property taxes with separate levies on real estate transfers, estates, bank assets and financial transactions”. Another tax issue in Poland is companies being “severely limited” regarding the level of net operating losses that can be used to offset future profits as well as their inability to use losses to reduce past taxable income. Moreover, Polish-based firms can only write off just 33.8% of the cost of industrial buildings in real terms, compared to the OECD average of 50.7%.

Hungary remained in seventh place on the ITCI in 2022. The country has the lowest corporate tax rate in the OECD, of 9%, a flat personal income tax system (although this scheme, known as KATA, was recently discontinued) and above-average Controlled Foreign Corporation rules.

At 27%, Hungary has the highest VAT rate in the OECD, and also levies taxes on estates, real estate transfers and bank assets. Other weaknesses, according to the ITCI, are severe limitations in the amount of net operating losses companies can use to offset future profits, and the lack of opportunity to use losses to lower earlier taxable income.

Slovakia fell two spots to 13th in 2022. According to the ITCI, strengths of the Slovak tax system include a “very low” 7% personal income rate on dividends, well below the 24.1% OECD average. Additionally, Slovakia has a “better-than-average tax treatment” of business investment in machinery, buildings, and intangibles. Corporations can also deduct property taxes when calculating taxable income, the ITCI notes.

Weaknesses in the Slovak tax system include a severe limitation on the amount of net operating losses that companies can use to offset future profits, as well as their inability to use losses to reduce past taxable income. The complexity of Slovakia’s tax regime is not helped by its “patent box” as well as a “super deduction” for Research and Development expenditure. The ITCI also notes that Slovakia’s VAT of 20% applies to approximately half of the potential consumption tax base.

Slovenia remains in 23rd place on the ITCI in 2022. Strengths of the Slovenian tax system, according to the index, include a 19% corporate tax rate and a 22% VAT rate that applies to a tax base similar to the OECD average. Moreover, capital gains taxes are reduced proportionately to the longer assets have been held (falling to zero after two decades), which encourages long-term saving.

However weaknesses of the Slovenian tax system regime include the treatment of investments in buildings and intangibles being well below the OECD average.

The report notes that Slovenia has a partial territorial tax system as well as a relatively narrow tax treaty network, with 59 other countries. Additionally, Slovenia has multiple distortionary property taxes with separate levies on real estate transfers, estates and bank assets.

Austria, the richest CEE country, fell two places to 18th in 2022. The advantages of the Austrian tax regime include its international tax system being relatively competitive “as it is fully territorial without any country limitations”. The country also has a broad tax treaty network of 89 countries, the ITCI underlines, while Controlled Foreign Corporation rules only apply to subsidiaries with negligible economic activity. Moreover, the VAT applies to a broad base in Austria, which has no estate, inheritance or wealth taxes.

Weaknesses of the Austrian tax system include a 25% headline corporate tax rate, a digital services tax since 2020 and the third highest tax wedge on labour in the OECD.