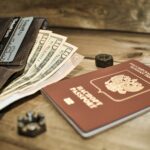 After months of deliberation, Estonia banned Russian citizens with tourist visas from entering its territory on Thursday, effective as of next week.

In a move that Estonian Prime Minister Kaja Kallas described as “necessary”, over 50,000 visas will be rescinded, according to Russian state news agency TASS.

Estonia Foreign Minister Urmas Reinsalu underlined that Russians traveling for humanitarian, diplomatic or family reasons, will be exempted from the ban, as will those with the right to free movement under EU law.

TASS quoted a European Commission (EC) official as saying that EU countries must comply with their international obligations and ensure the issuance of visas to members of the EU citizens’ families, humanitarian workers, journalists and residents.

While Russia’s ambassador to Estonia called the ban “a violation of international law”, former Russian President Dmitry Medvedev described Kallas’s statement as “based on Nazism”.

Russian presidential spokesman Dmitry Peskov said in reply to Kallas’s proposal that a number of countries that Moscow had already declared unfriendly, “displayed amnesia in their unfriendliness”, TASS reported.

Many have been affected by sanctions on Russia since the first wave of measures in 2014, and again in the aftermath of its invasion of Ukraine on February 24, 2022. Ever stricter measures are impacting an increasing number of Russian people, organisations, industries and activities.

However the West is split over whether sanctions should apply only to Putin-friendly elite business circles, or be expanded to include ordinary Russian citizens.

The pro-sanctions rationale has been that a visa ban could fan anti-war sentiment in Russian society, so should be as wide-ranging as possible. The main counter argument to this is that the EU must not ditch its non-discriminatory values.

On Thursday German Chancellor Olaf Scholz rejected calls for an EU ban on tourist visas for Russian citizens, stressing that sanctions should not impact on innocent people. “This war is Putin’s war,” Scholz said in Berlin, adding that EU sanctions should target Russian President Vladimir Putin and those who are responsible for the war in Ukraine.

“We have adopted far-reaching, concrete sanctions against many Russian officials, oligarchs, and powerful groups in Russia, and we will certainly continue to take further steps. But if we now extend these measures to all, including those completely innocent people, then it would reduce the effectiveness of these sanctions,” Scholz added.

German opposition MEP Dennis Radtke tweeted in response that “according to this justification, one could end all sanctions and get back to business as usual. The fact remains: the Chancellor is not willing to do anything to increase the pressure on Russia.”

While the US, EU and other European countries closed their airspace to Russian flights soon after the countries invasion of Ukraine, Serbia kept its airways open to Russian flights, providing Russian tourists with a backdoor route to Western Europe.

Russian citizens can otherwise only reach the EU overland, mostly via rail from Saint Petersburg to Helsinki or over the Russo-Finnish border.

Belgium was the first EU member state to call for the bloc rescinding visas to Russian citizens on 24 February, the day that Russia invaded Ukraine.

“Russia’s reckless attack forces us to be careful with Russians wishing to come to Belgium,” Belgian asylum and migration junior minister Sammy Mahdi announced. “At the moment, Russians are not welcome here, a general visa ban for Russians should not be a taboo,” he added.

The following day Czechia became the first country to ban the issuance of visas for Russians.

Since then Central and Eastern European countries including Bulgaria, Latvia, Poland, Romania and Estonia have all introduced visa sanctions of some kind, and to varying extents, as have Denmark, the Netherlands and Spain. Outside the EU, the UK has not formally suspended visas to Russian citizens, although immigration processes are subject to delay.

Banned from travelling to the EU by air, Russians have been crossing into the EU in their tens of thousands in Finland since Russia lifted COVID-related border restrictions in mid-July. Actual border crossings totalled 176,000, much lower than pre-pandemic figures, when numbers were close to 950,000.

Russians habitually visit shopping centres over the Finish border to buy food and mid-level products already banned for export to Russia. Nowadays, the possibility of using Visa, Mastercard and Apple Pay is not extended to Russian citizens. Some goods are confiscated by Finnish customs agents, along with “goods that can contribute to Russia’s industrial and military capabilities, such as aids used in navigation”.

Russians crossing the border in Finland also face civil protests manifested in Ukrainian flags, the Ukrainian anthem being played in shopping centres, or billboards by the border crossing proclaiming:  “While you holiday, Ukrainians have no home to go back to”.

Finland issued over 10,000 visas to Russian citizens in July, reasoning that it can differentiate between the Kremlin and ordinary Russian people.

Finnish Foreign Minister Pekka Haavisto has called for a more co-ordinated EU approach, noting that “Schengen guarantees non-discrimination based on nationality”. He also pointed out that Greece, Italy and Spain have been the biggest issuers of Schengen visas to Russians, not Finland. “This needs not only a Finnish decision, but a wider Schengen decision,” he said.

The EC ruled that it cannot decide to limit the issuance of Schengen visas to Russian citizens after sanctions have targeted the Russian authorities and business elite. Such measures are to be taken independently by EU member states, which must decide on individual applications, it said.

EU visa regulations do not allow the elimination of visa issuance entirely. “There is always a group of people who should be granted a visa, such as in humanitarian cases, family members, journalists, and dissidents,” the EC underlined.

Nevertheless, on Wednesday, August 10, Czech Foreign Minister Jan Lipavsky backed a complete ban on the issuance of visas to Russian citizens by European states. Citizens of Russia and Belarus “should be aware that such a militant policy has consequences,” Lipavsky reasoned.

Over the pond, US takes a measured approach

The US authorities do not want their anti-Russian sanctions to harm the people of Russia, a Department of State deputy spokesperson told reporters in response to Kiev’s call to G7 to stop issuing visas to all Russian citizens.

“About any visa ban, we’ve been very clear that we intend our actions to not harm or have significant impact on the Russian people. That is not who our disagreement with is on this,” said spokesman Vedant Patel, TASS reported.

Russian passport holders who are resident in the US have recently received letters warning that they may fall under the scope of a sanction imposed by the US Department of the Treasury’s Office of Foreign Assets Control (OFAC). The same notice has been sent to businesses, attorneys, accountants and consultants in the US, calling on them to contact the US authorities if they have Russian clients.

This sanction was put in place by the OFAC on 8 May and includes a long list of names and organisations from Russia to be blocked and reported to the Office.

The statute orders to “ban all new investment in the Russian Federation by U.S. persons, wherever located, as well as the exportation, reexportation, sale, or supply, directly or indirectly, from the United States, or by a United States person, wherever located, of any category of services as may be determined by the Secretary of the Treasury, in consultation with the Secretary of State, to any person located in the Russian Federation”.

The OFAC identified “accounting, trust and corporate formation, and management consulting” as “categories of services” being subject to sanctions.

The measure aims to prevent Russia from accessing US professional services and to increase pressure on the Kremlin by cutting off its ability to evade sanctions imposed by the US and its partners.

Visas back on EU agenda at the end of the month

The debate within the EU will continue. As Belarusians protested in Riga on Thursday, August 11, the Latvian Parliament adopted a statement recognising “Russia as a state sponsor of terrorism.” The official declaration called on EU countries to immediately suspend the issuance of tourist and entry visas to Russian and Belarusian citizens.

Czechia’s most senior diplomat, Lipavsky, said he has repeatedly raised the issue at meetings in Brussels at the level of prime ministers and foreign ministers and is striving for a coordinated approach of the entire EU.

The next steps will come at the end of August, when Czechia, as the current holder of the EU rotating presidency, will initiate further discussions on the issuance of Schengen visas to Russians.