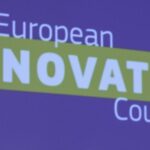 The European Innovation Council (EIC) will award grants or equity investments of up to EUR 17.5mn to six “high potential” startups from Poland, Estonia and Bulgaria, it announced Wednesday, 8 June.

Poland had three grantees announced on Wednesday: Ecoplastomer, which develops technology for plastic and rubber waste, Camino Science, which offers a new artificial intelligence (AI) paradigm for molecular biology, and Nevomo, a Polish firm that has developed frictionless mobility for floating trains.

Estonia also had a grantee announced on Wednesday: Seventh Sense, a developer of wearable tech for visually impaired and blind people.

“The new wave of innovation is currently led by deep tech start-ups that target societal challenges,” said Mariya Gabriel, Commissioner for Innovation, Research, Culture, Education and Youth. “Thanks to the EIC, they will get the support they need to accelerate their growth and lead on the next wave of deep tech,” she added.

In all, 74 innovative companies from 18 European countries will receive up to EUR 382mn in this EIC Accelerator round, the first of three scheduled for 2022.

EIC Accelerator, which the European Commission launched last year, offers European start-ups and SMEs grants of up to EUR 2.5mn and equity investments of EUR 0.5mn to EUR 15mn.

The 74 winning companies announced on Wednesday were whittled down from over 1,000 applicants in March, of which 266 were then interviewed by juries of investors and entrepreneurs, the European Commission explained in a press release.

This year, over three rounds, EIC Accelerator will disburse EUR 1.16bn to start-ups and SMEs, around half of which it says will go to “challenge-driven” calls for green tech and “open strategic autonomy”.

Throughout the course of 2021, the EIC selected 164 companies for Accelerator funding, many transfers for which have still not been made, in part due to a political dispute about the extent to which the EIC or the European Investment Bank would control the selection process.

However the EIC said in a press release on Wednesday that “while there have been delays to funding companies selected in 2021, the EIC is rapidly catching up on this backlog and the new set of companies announced today are expected to receive their support much faster.”

In most cases, the companies will receive the grant financing within the next two to three months, while the finalisation of equity investments is scheduled in autumn, the EIC added. The next application deadlines are 15 June and 7 October.