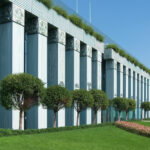 MEPs are planning to protest the transfer of a EUR 35.4bn EU stimulus package to Poland, arguing that the country has not adequately addressed disputes over judicial independence and Rule of Law in the country.

The European Commission (EC) last week approved Poland’s COVID recovery plan, despite a number of ongoing disputes with Poland over the primacy of EU law. Another bone of contention is over Poland setting up a “disciplinary chamber” for judges, which the European Court of Justice (ECJ) rejected in a verdict in October.

President of the liberal Renew Europe EP group Stephane Sejourne meanwhile wrote that “approving the Polish recovery plan as it stands is a political error.”

The group of three MEPs planning to initiate the censure procedure against the EC, include Renew Europe member and former Belgian Prime Minister Guy Verhofstadt, who wrote on Monday that if von der Leyen “continues to refuse to seriously apply rule of law conditionality, we withdraw our support”.

The MEPs will submit the moment the EC transfers NextGen funds to Poland before all ECJ rulings have been fully implemented, Verhofstadt explained, as he posted online a letter to colleagues and the official motion of censure.

Since October, the ECJ has been fining Poland EUR 1mn per day over its disciplinary chamber, which it considers an unfair pressure on independent judges. With that fine now clocking in at over EUR 200mn, Poland says it will make its judicial disciplinary procedures compliant with EU law.

However, Verhofstadt wrote that the EC “is fully aware that the remedies announced by the Polish authorities are purely cosmetic. The Commission shows that it has not the intention to uphold the ECJ rulings and that it have (sic) given up any leverage to reinstall the Rule of Law in Poland,” he added.

Verhofstadt will introduce the motion of censure with his colleagues in the European Parliament Luis Caricano and Sophie in ‘t Veld.

The trio of rebel MEPs will need 10% of the 705 MEPs to support their motion of censure for it to go to a vote. Although this is thought to be achievable, securing a two-thirds majority of MEPs to then pass the motion could prove far more difficult.