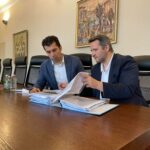 Share this article on:
Bulgaria Economy News in brief

Bulgarian Prime Minister Kiril Petkov is trying to save his administration by persuading seven MPs to support his coalition in the wake of populist party There Are Such People’s departure.

“This is the group that is wondering how to overthrow the government every day. The second group of people are related to gas profits, which are now running out. These people would also be happy if this government did not exist,” Petkov responded.

Bulgaria is usually ranked as the EU’s poorest and most corrupt country, and Petkov, who ran on a ‘zero tolerance on corruption’ election ticket last year, said “all those who have stolen the country so far will be handed over to the prosecutor’s office”.

If Bulgaria fails to amend 22 laws by the end of the year, the country will lose out on EUR 6bn earmarked by the EU as part of its Covid recovery plan.

Observers fear another political crisis would follow the ousting of Petkov, whose inauguration ended an eight-month political crisis in which three general elections each delivered a different winner.

The confidence vote on Petkov’s coalition is expected next week.