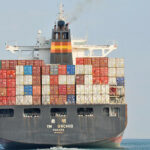 Share this article on:
Diplomacy Lithuania News in brief

French President Emmanuel Macron told Chinese President Xi that France expects China to reverse the sanctions it has imposed on Lithuania during a telephone call on Tuesday.

China has removed Lithuania from its customs system over its recognition of the independence of Taiwan, which the superpower considers illegitimate.

Lithuania’s first major show of solidarity to Taiwan came last May, when it left the “17 + 1” trade initiative between China and 17 Eastern European countries.

Tensions then escalated in November, when China withdrew its ambassador to Lithuania in response to Taiwan opening a representative trade office in Vilnius.

French Trade Minister Franck Riester in February said the EU would resolutely back Lithuania in its trade war with China, calling the small Baltic nation “a victim of coercion from Beijing”.

He called China’s delisting of Lithuanian goods in retaliation for the Baltic country recognising Taiwan “clear coercion”, when he met other EU trade ministers shortly before Russia invaded Ukraine.

The previous month Taiwan had announced plans to invest USD 200 million in Lithuania, in response to China expanding its blockade to include Lithuanian-made components that are part of EU supply chains.

TUI pulls CEE flights due to dip in demand