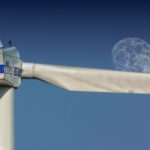 As the EU surpassed its target of 20% sustainable energy usage in 2020, the Central and Eastern Europe (CEE) high achiever was Latvia 42.1%, which was in 3rd place in the bloc as a whole, new Eurostat figures show.

In 2020, renewable energy sources made up 37% of gross electricity consumption in the EU, up from 34% in 2019, Eurostat notes. Of these, wind (36%) and hydropower (33%) accounted for over two-thirds of electricity from renewable sources. The remaining third came from solar power (14%), solid biofuels (8%) and other renewable sources (8%). Solar power is the fastest-growing source: in 2008, it only accounted for 1% of the electricity consumed in the EU, while that figure had spiked to 14% in 2020, the statistics agency underlines.

“Becoming the world’s first climate-neutral continent by 2050 is the objective behind the European Green Deal, the very ambitious package of measures that should enable European citizens and businesses to benefit from sustainable green transition,” the EU’s official statistics agency writes.