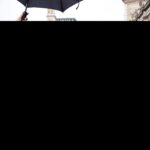 South Korea’s president and representatives of the Visegrad 4 (V4) group countries have pledged to boost their economic cooperation in the fields of electric vehicles, batteries and infrastructure, among others. In their meeting at the V4-Korea Business Forum on 3 November, President Moon Jae-in and the leaders of Czech Republic, Hungary, Poland and Slovakia signed seven memorandums of understanding (MOU) covering green, digital and bio-science sectors.

All sides are hoping to upgrade their economic activity, which has solid foundations. According to South Korea’s Ministry Of Foreign Affairs, the country’s trade volume with the Visegrad countries reached USD 16.8 billion last year despite the pandemic. The V4 countries are also host to numerous South Korean companies and receive significant foreign direct investment from Korea. Major battery producers like Samsung, LG, and SK have set up production within the region and continue to expand.

Earlier this year, Korea’s SK Innovation announced it would open its third European battery facility in Hungary, complementing the other two in the country. Out of the 152 South Korean production subsidiaries in Europe, 136 are in the V4 region. Meanwhile, the V4 economies continue to grow and are some of South Korea’s biggest export markets.

President Moon offered: “This is only the beginning. V4 is growing most dynamically in Europe based on its excellent workforce and geographical advantages, connecting Eastern and Western Europe. South Korea, with strengths in high-tech manufacturing, hopes to grow with V4.”

Earlier this week, president Moon signed another MOU on bilateral cooperation with Slovakia regarding a potential delivery of defense training aircraft from Korea Aerospace Industries Ltd. for USD 500 million, also meeting with his Hungarian counterpart and discussing defense cooperation with Hungary on his visit to Budapest.