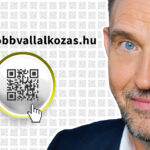 Share this article on:
Diplomacy Hungary News in brief

The reclusive Gattyan, who is worth around EUR 663 million, according to Forbes Hungary, this week told TV presenter Sandor Friderikusz’s podcast of his plans to launch the Digitalize Hungary! movement and asked for applicants to stand in Hungary’s 106 constituencies next April.

Gattyan, who made his initial fortune with the adult cam website Livejasmin before diversifying into IT and property, told the podcast that according to his polling, the majority of Hungarians want more than a choice “between the country’s two pasts”. His plans may prove disruptive for the Hungarian opposition alliance, which late last year agreed to run joint constituency candidates for the first time since Viktor Orban’s Fidesz party regained power in 2010, and recently held unprecedented “primaries” that selected Peter Marki-Zay to stand as its prime-ministerial nominee.

Telex.hu notes that the Hungarian tax office NAV pursued Gattyan for years, ordering him to pay nearly HUF 60 billion and freezing his bank accounts and assets. After he won a string of domestic and international court cases against NAV, Gattyan relocated much of his business to Luxembourg and now mainly resides in Paris, France, according to the Hungarian news portal.