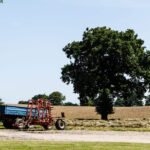 Share this article on:
Diplomacy Hungary News in brief Slovakia

Hungary has decided against a plan to expand the country’s ownership of agricultural land in some of its neighbors like Slovakia, through a EUR 400 million fund. The government said the land purchases were designed to support the agricultural activities of ethnic Hungarian minorities in Hungary’s immediate neighbors.

The Hungarian government’s proposal for a private capital fund for arable land had raised hackles in Bratislava. Earlier, after Slovakia’s foreign minister Ivan Korcok had met with his Hungarian counterpart Peter Szijjarto, the Slovak side requested that Hungary only involve Slovak territory in its plans by mutual consensus. Yesterday, Korcok said he had been informed by Szijjarto that the land purchase plan had been scrapped, but that Bratislava is still awaiting more information from Budapest regarding issues like the purchase by Hungary of heritage buildings in Slovakia and other forthcoming programs.

Meanwhile, following a meeting this week between Slovak prime minister Eduard Heger and his Hungarian counterpart Viktor Orban, the two countries have agreed to the construction of four new bridges across the Danube River by the end of 2023, expanding border crossings between Slovakia and Hungary.