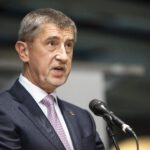 Share this article on:
Czech Republic Finance News in brief

After years of non-engagement, the outgoing Czech Prime Minister Andrej Babis appears to have discovered a new-found enthusiasm for the “Three Seas Initiative” (TSI), and is set to plunge EUR 20 million into a controversial TSI project.

The TSI was created to improve connections among 12 EU member states including the Czech Republic. Poland supports the 450km Danube-Oder-Elbe water corridor to connect three rivers, but Czech opposition politicians and environmentalists have raised questions regarding the project’s economical feasibility and ecological impact.

Now, in an eleventh-hour intervention, Babis says he is considering offering state support for the project, which is linked to business associates of his ally, Czechia President Milos Zeman. Political observers say the group may be trying to push their private interests while President Zeman ails in hospital, after falling ill the day after Czechia’s 9-10 October elections, which toppled the Babis government.