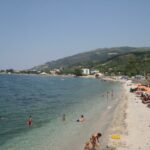 What Are the Consequences of a Record-setting Tourism Season in the Balkans?

What Are the Consequences of a Record-setting Tourism Season in the Balkans?

By the end of August, EU member Croatia and two of its Southern neighbors down the Adriatic coast, Montenegro and Albania, had happily concluded what was an excellent tourist season for those countries so far this year. Revenues from tourism are giving a significant boost to their economies, much needed after being severely impacted by COVID-19 in 2020. All three countries really count on tourism revenues, which account for roughly 20% of their GDP.

Global tourism and the travel industry were severely hit by the coronavirus – and many countries are still struggling to recover. But the Western Balkan countries and Croatia believe they are back on track with what they consider a “much better than expected” season.

According to the country’s National Tourist Board, in August Croatia saw 4.3 million arrivals and 30.7 million overnight stays of tourists, which is 60% more than in the same period of 2020. It is an “excellent result” even compared to the pre-pandemic numbers for 2019, when Croatia reached its highest number ever for tourists visiting the country.

According to Croatia’s minister of Tourism, Nikolina Brnjac, tourism revenues in July and August were actually 10% higher than in 2019. For the year 2021 as a whole, tourism revenue has reached 90% of 2019 levels and reported income from the peak summer period shows a 10% increase compared with two years ago. In an optimistic scenario,by the end of the year the country’s annual revenues might exceed not only last year’s but also those for 2019.

Meanwhile, Croatia achieved record GDP growth of 16.4 % in the second quarter of this year. With the revenue from tourism, the country might return to pre COVID-19 economic growth earlier than expected.

Montenegro, another country highly dependent on tourism, had “the best ever peak of the season,” deputy prime minister Dritan Abazović said. In July, 740,000 foreign visitors entered Montenegro, which is similar to the record seen in 2019. In first two weeks of August, 380,000 foreigners entered the country, which is 5% higher than in 2019.

Even Albania, once the most isolated country in Europe during communist regime, is catching up with its neighbors. Tourism contributes to over 25% of Albania’s GDP and, according to its Ministry of Tourism and Environment, it creates 260,000 jobs, accounting for 23% of overall employment. Annual revenues from tourism in Albania are expected this year to be around EUR 1.7 billion. Albania also saw an increase of visitors during June, July and August, particularly those from neighboring countries such as Kosovo, North Macedonia, Montenegro and Serbia.

Lacking a coast, the three other Western Balkan countries – North Macedonia, Serbia and Kosovo – cannot compete with the others when it comes to the revenues from travel and tourism. But all of these countries have huge diasporas living in Western Europe and in the United States. This year, members of the diaspora returned in unprecedented (huge) numbers for a visit, contributing to an increase in spending and thus boosting the economy. For one, Kosovo, a country of around 1.8 million inhabitants, was visited by over 600,000 people, mostly from its diaspora, who practically resurrected the country’s economy. According to prime minister Albin Kurti, remittances from the diaspora contribute to 20% of Kosovo’s GDP.

Serbia registered 13.7 % GDP growth in the second quarter of this year, compared to the same period last year. Revenues from travel, particularly from the diaspora, and tourism made a significant contribution to the increase. The same goes for North Macedonia.

But all of these improved numbers may be coming at a high price. All of these countries have been confronted with the “4th wave” of COVID-19 by the end of August. Croatia was only affected to a lesser extent, but Kosovo, Montenegro and North Macedonia saw dramatic increases in the number of those infected as well as fatalities. For the last two weeks, Kosovo has had over 20 deaths per day attributed to the coronavirus and around 2000 new infections.

Such developments led the European Union to remove Kosovo, North Macedonia and Montenegro from its “safe country” list. If the figures continue to increase elsewhere in the region, Albania, Serbia and Bosnia and Herzegovina might soon find themselves in the same situation – off of the list.

Indeed, things look much different when compared to the beginning of the season, when the epidemiological situation in Croatia and in the Western Balkan countries was better than in other parts of Europe. At that time, just before the start of the peak season, this was a big advantage for the region, compared with their competitors such as Greece, Spain, Portugal or Cyprus. Having practically no major COVID-19 measures in place made them attractive to foreign tourists, so it appears as if the Western Balkan countries made a calculated risk to boost their economies.