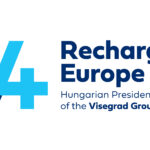 Since Viktor Orbán became the prime minister of Hungary, cooperation among the “Visegrád 4” (V4) countries – Hungary, Slovakia, the Czech Republic and Poland – has become a key ingredient of the Hungarian government’s rhetoric. Now, with Hungary taking over the presidency of the Visegrad Group, the country is keen to strengthen the alliance – but not all members share Hungary’s enthusiasm.

Cooperation between the V4 goes back 30 years: it was founded in February 1991 by then presidents Lech Walesa of Poland and Vaclav Havel of Czechoslovakia, and Hungary’s prime minister József Antall in the historical town of Visegrád, Hungary. Their primary goal was to coordinate the region’s Euro-Atlantic integration efforts. With the grouping’s main goals having already been achieved, and all four countries full-fledged members of both the European Union and NATO, central Europeans still cooperate and coordinate positions inside the EU, lately with the clear aspiration of acting as a counterweight to west European countries like Germany and France.

Hungary’s Viktor Orbán has made Hungary the most ambitious of the four. “The EU has so far revolved around a German-French axis, this has been a bipolar cooperation. Now we’re heading in a direction that by 2030 there will also be a third pole: Central Europe, or the V4,” Orbán said in a recent interview to Slovak news site Postoj.sk. The foundation of his thesis relies on trade statistics: the volume of trade between the V4 and Germany is double the volume of trade between Germany and France, and triple the volume of trade between Germany and Italy. He also likes to argue that Central & Eastern Europe is the most dynamic region of the EU, which is expected to be the first to emerge from the economic crisis as a result of the Covid-19 pandemic. 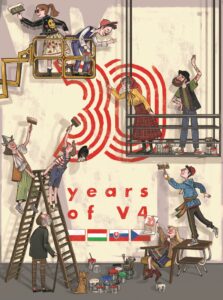 The Hungarian V4 presidency for the next 12 months intends to give a boost to the integration of countries in the Western Balkans into the European Union and to advance the interests of the Visegrád countries in the ongoing debate about the Future of Europe. In addition, cultural heritage and regional cooperation on defense will be key elements of Hungary’s agenda.

However, that agenda is somewhat vague as it tries to conceal the growing differences inside the group. While V4 representatives often stress the unity of their cooperation, in reality there are many divisions among the members. Slovakia, the sole eurozone member of the group, is more interested in enhanced integration with the EU, while the other three member countries are reluctant to join the common European currency mechanism. Poland and Hungary are often criticized by European institutions and many member states due to democratic backsliding and what they consider rule of law violations.

The differing political attitudes are apparent in the international arena as well. For Poland, an ever-closer relationship with the US is considered the ultimate guarantee of security, due to its historically tense relationship with Russia. On the other hand, US-Hungary relations are not in the best shape.

While the relationship between NATO and Russia is tenser than it has ever been since the end of the Cold War, members of the group have broadly different approaches to the Kremlin. Though the traditionally anti-Moscow Poland views president Vladimir Putin’s geopolitical efforts as an existential threat, the governments of Hungary and Slovakia are significantly more pro-Russian in this regard. Recently in the Czech Republic, Czech-Russian relations have become extremely tense, because of alleged interference by the Russian intelligence services in the country.

Collectively, the Visegrád Group has been aligned with EU policy since the beginning of the Ukrainian crisis. It supported sanctions against Moscow and stood up for Ukraine’s territorial integrity. However, in the meantime, Hungary’s relations with the Ukraine have been strained regarding the latter country’s Hungarian minority. The group is also divided when it comes to Chinese relations: Hungary maintains the warmest possible connections with Beijing, while Poland, due to how important relations with Washington are, would never gush with such enthusiasm toward Beijing.

Despite all those differences, Visegrad cooperation remains important for all four countries.

“Thirty years later, as a member of NATO, we can consider ourselves the most dynamic region in the European Union. Strong growth, low unemployment, rapid digital transformation, robust investment. These are us today,” prime minister Orbán wrote in an opinion piece published in Magyar Nemzet.