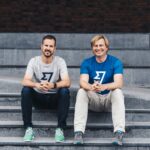 “Wise” Emerges Out of Need and a Region’s Resourcefulness

“Wise” Emerges Out of Need and a Region’s Resourcefulness

Central and Eastern Europeans were forced to live under a communist regime for four decades, which hindered their development and broke them off from Western European progress. However, the former Soviet block has been reviving, growing twice as fast as the Western part of the continent for years, which has been driven in part by entrepreneurship and brave new ideas. “Wise” is a case in point. Formerly known as TransferWise, the renowned fintech startup was built upon local (Estonian) heritage and the opportunities provided by London, the fintech capital of Europe.

Today, Wise is one of the world’s most successful London-based fintech firms. One of its co-founders from Estonia, Taavet Hinrikus, offers: “The way that we have achieved so much with so little, I think partially comes from our Soviet heritage. We were used to doing things with very little means. Look at how TransferWise has been built with relatively little means, but we built a global business.”

He explains: “There is something in the soil in Estonia, which makes Estonian people much more capable and much more creative in using resources to make something great.”

Considering the fact that despite its population of just 1.3 million, Estonia has given birth to five unicorn start-ups – besides TransferWise, Skype, Bolt, PlayTech, and Pipedrive – and it has the third most start-ups per 100,000 inhabitants in Europe, 31 including such promising ones as Starship Technology, his words have a ring of truth to them. Taavet Hinrikus himself used to work at Skype before establishing TransferWise, one of the 40 start-ups today that have some kind of link to Skype.

Solutions born out of scarceness, the need to create something functional and lasting from as few resources as possible – most Central and Eastern Europeans are familiar with this situation and approach. Combine this heritage with a tech-focused education system and you will get one of the most digitized and competitive economies of the world, as the Estonian one is today.

TransferWise did start off with very little means and out of the need to save money, in 2011. The founders, Kristo Käärmann and Taavet Hinrikus, transferred money back home to Estonia on a regular basis and they wasted a lot of money on currency exchange. So, in order to save themselves money, they matched modern technology with an ancient way of money transfer called “hawala” dating back to 8th century India.

Why use the banking system and exchange currency if there are so many people in the world both in sender and recipient countries transferring money or waiting for money to be transferred? Just let the money stay in each country and, instead of the money, exchange their holders and save the cost of currency exchange. It was as simple as that, and by adding Bitcoin the enterprise shot up like a rocket.

It took TransferWise six years to turn a profit, yet by 2019 it had been named the most valuable fintech start-up in Europe. At that time, the company was valued by private investors at USD 3.5 billion, while in recent times its valuation has reached USD 5 billion. In the meantime, beyond being just a money transfer service, TransferWise has grown into a global cross-border payments network with a clientele of 10 million and a staff of more than 1600 professionals worldwide and is now moving USD 2 billion every month. As of February 2021, the company has been called Wise and is awaiting an IPO.

To credit such an enormous success only to the Soviet heritage and Estonian entrepreneurial spirit would however be misleading. One should take into account the fact that whatever lies in the Estonian soil, Wise was established in London and is still based there, in the European capital of fintech, no doubt. London has one of the world’s highest concentrations of financial and professional firms. The UK attracted USD 4.1 billion of fintech investment in 2020, which is the highest amount in Europe and second in the whole world. The UK happens to have all the conditions needed for fintech start-ups to flourish: world-class talent, supportive regulations, and access to capital. And TransferWise utilized all of them. They received loads of funding, their most widely known investor being PayPal, which has lent not only venture capital to the start-up but credibility and the stability that it needed when competing with well-established, large banks.

Skype has also given rise to 40 other start-ups, including Wise – they call themselves the “Skype-mafia” today. You may wonder, how many of the more than 1600 employees of Wise are now considering starting a new business aspiring to achieve or surpass the status of its predecessors?