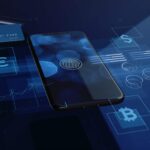 Venture capital (VC) financiers invested EUR 71mn in Lithuanian fintechs in 2021, up from EUR 18mn in 2020, according to The Financial Times’ first ever special report on the country.

User-friendly regulation is attracting start-ups, though the UK’s lead will be hard to match, the UK business daily writes in an article entitled “Lithuania makes push to become Europe’s fintech hub”.

Lithuania’s streamlining of regulations has seen the number of fintechs based in the country climb from 55 to 265 since 2014, with 40% of those headquartered abroad.

Payment software start-up Kevin is Lithuania’s most valuable fintech, having received USD 65mn in a Series-A fundraising round led by US VC giant Accel in May.

Lithuania’s central bank the Bank of Lithuania (BoL) meanwhile runs a facility that allows fintechs to test their ideas under regulatory supervision, the FT adds.

A fintech can obtain an electronic banking licence in Lithuania within three months, even remotely, compared to the European average of a year.

“The strictness of regulation is the same everywhere but, in Lithuania, it doesn’t feel like a series of vague judgments,” Storonsky told the UK business daily.

Lithuania leads the EU for licensed electronic money institutions, payment institutions, or specialised banks, with 147, way ahead of second-placed France on 90, according to the FT.

However the country’s 265 fintechs are dwarfed by the UK’s 2,500, although the local regulator has only licensed only around 7% of the UK’s 178 firms.

Lithuania ranks as the world’s eighth lowest-risk jurisdiction for money laundering, the FT notes, above the UK in 12th place, and the US in 30th.

However, last year the BoL rescinded UAB Finolita Unio’s licence after a lengthy investigation had found that the Lithuanian payments company had been used to steal more than EUR 100mn from German payments processor Wirecard.

Despite this breach of anti-money laundering and counter-terrorist financing rules, Kevin COO Pavel Sokolovas rejected suggestions from EU officials that Lithuanian regulators lack rigour, underlining that while application processes are “friendly”, they are also “very strict”.

BoL board member Simonas Krepsta told the FT that the scandal was an “unpleasant wake-up call”, which has prompted the creation of new software that collects real-time data to hasten regulatory response times, as well as new fintech guidelines to be published by the year end.