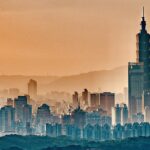 The tensions around the burgeoning relations between Taiwan and Central and Eastern Europe (CEE) will be on the agenda when US president Joe Biden meets Chinese leader Xi Jinping in Bali today (Monday 14, November).

At the opening of the office, Lithuania’s de facto envoy to Taiwan, Paulius Lukauskas, pledged closer cooperation with the island, especially in trade and investment.

Lithuanian Prime Minister Ingrida Simonyte called the move part of a push to strengthen relations in the Indo-Pacific region, in a recent interview with Japanese weekly Nikkei Asia.

In addition to the investment in Litilit, Lithuanian start-up NanoAvionics has also signed a memorandum of understanding with the Taiwan National Space Organization to provide expertise in manufacturing small satellites. A joint venture in thin-disk laser technology has also been green-lit.

“Two more investments in Lithuania are expected to be announced later this year or by early next year, bringing the total to EUR 10mn,” a Taiwanese fund official said.

Taiwan produces more than half of the world’s semiconductors, which were in short supply in the wake of the COVID:19 pandemic in 2020-21.

Last month Taiwan’s Science and Technology Deputy Minister Lin Minn-tsong was part of a six-person delegation that traveled to Riga to discuss education and technology with officials from Lithuania and Latvia. Lithuania is also seeking permits for food exports.

Taiwan’s Foreign Minister Joseph Wu said his country and Lithuania “share the same values of freedom, democracy, and the protection of human rights. We also have similar history: Lithuania got rid of the Russians and Taiwan got rid of the authoritarian rules and martial law,” he added.

Lithuanian office in Taipei next step in bilateral alliance

The Baltic country opening an office in Taipei is the latest cause of tension with China, which considers Taiwan to be a breakaway province that is actually part of its territory, according to its “One China” policy.

According to the Chinese foreign ministry, Taiwan’s “collusion with external forces” is problematic, and Lithuania must “prudently handle” the Taiwan question and maintain a political foundation for its bilateral ties with China.

Lithuanian ex-premier was in contention for NATO role

Lithuania’s increasingly vocal stance on China is taking place to a backdrop of fears that the superpower could invade Taiwan, emboldened by Russia’s invasion of Ukraine.

Asked about the prospect of Chinese aggression against Taiwan, Germany’s Economy Minister Robert Habeck told Deutsche Welle: “This is something very threatening. And this will have a disastrous effect on the whole world. We have seen that a regional conflict, like the Russian war on Ukraine, has brought the whole world into turbulence,” Habeck said, adding that “I hope that China knows that the whole world is watching.”

Dalia Grybauskaite, who served as Lithuania’s president from 2009-19, known for her tough stance on Russia, was seen as a possible replacement for the incumbent NATO secretary general Jens Stoltenberg. However, according to the information of The New York Times, she is no longer in the running.

Taiwan pivots away from China

Taiwanese investments in mainland China have fallen markedly in recent years, from nearly USD 11bn in 2015 to about USD 4.2bn in 2019.

According to the Lithuanian Economy Ministry, exports to Taiwan in the first of of this year totalled EUR 16.8mn, up 29.7% on an annual basis, with optical and chemical products accounting for the bulk of these. Taiwanese exports to Lithuania more than doubled meanwhile, to EUR 91.2mn.