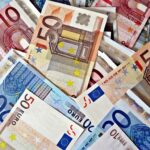 Share this article on:
Croatia Economy News in brief Uncategorized

The EU formally approved on Tuesday Croatia joining the Eurozone on New Year’s Day 2023, and proclaimed the development as the end of an “amazing journey” for the Balkan country.

Croatian Finance Minister Zdravko Maric declared Tuesday an “historic day” for the nation of 3.9 million people, which will become the 20th country to join the European single currency, and the first since 2015.

“This is a time for celebration… and an act of conviction,” Christine Lagarde, European Central Bank (ECB) head, said at the signing ceremony in Brussels. “The whole of Croatia decided and was convinced of the value of joining the euro and the euro area.”

The European Council has set the entry rate at 7.5345 Croatian kuna to the euro. However the announcement came with the euro at it weakest level in 20 years, and as the currency dropped to parity with the US dollar.

Croatia, which joined the EU in 2013, had to meet EU benchmarks on long-term interest rates, public finances, and price and exchange rate stability.

The ECB found in its report that Croatia had met its own four nominal convergence criteria involving prices and fiscal developments, as well as exchange rates and long-term interest rates. The European Commission also positively reported on Croatia joining the single currency.

Observers noted that when the euro was launched in January 1999, it seemed unlikely that Croatia would ever adopt the currency, having been at war just over three years earlier.

Bulgaria is now considered the next EU member state that could join the euro, having stated its willingness to adopt the currency from 1 January, 2024.