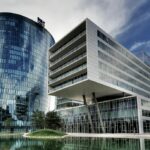 Share this article on:
Austria Energy News in brief Russia

Austrian energy group OMV announced on Friday that it was opening an account with Russian Gazprombank for ruble conversion. The development came after repeated Austrian assertions that it would not pay for gas in rubles, as Russia demanded in response to EU sanctions over its invasion of Ukraine on 24 February.

“We have now implemented a sanctions-compliant payment process that ensures gas deliveries can be paid in a timely manner,” an OMV spokesperson told Reuters. “We consider our payment obligations fulfilled with the transfer of the euro amount,” the spokesperson added.

The newswire recalled that the EC has advised companies against opening a bank account in rubles at Gazprombank to do this, as the Kremlin requested, but in its formal guidance to governments did not state that this would breach sanctions. The Austrian energy group said it expects no problems through a conversion to rubles.

The Austrian energy group and Gazprom have longstanding business associations. However one week after Russia’s invasion of Ukraine, OMV pulled out of a USD 1bn acquisition of a quarter of Russia’s Achimov 4A/5A development at Russia’s largest gas condensate field in Urenqoy, a deal that had been years in the making.

Earlier this month Germany’s VNG said it would transfer euros to a Gazprombank account for ruble conversion to safeguard the country’s gas supplies.